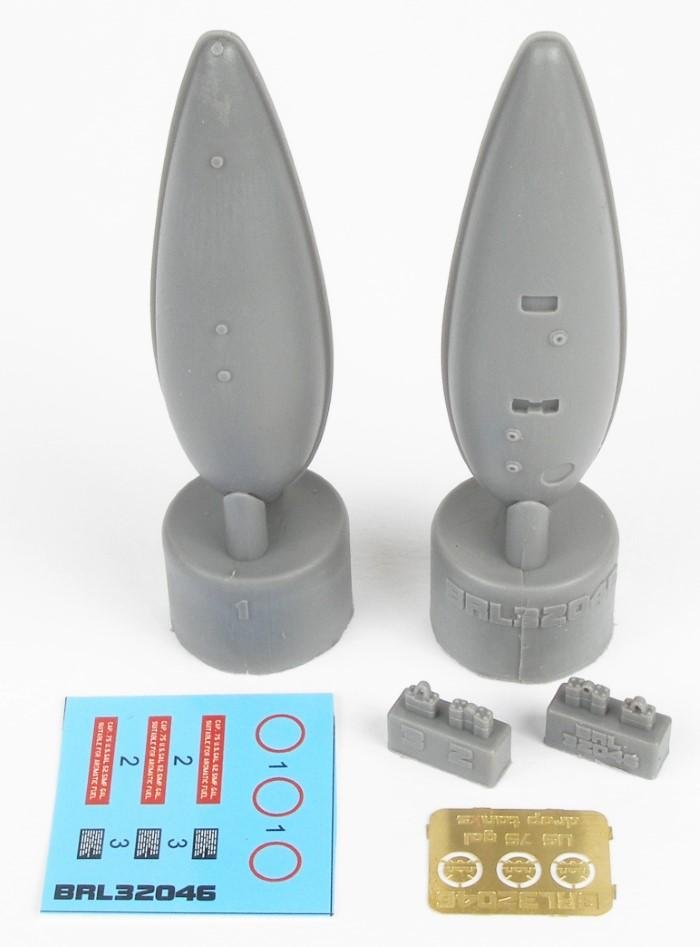 Brengun can always be relied on for interesting and useful accessories. Mostly in resin, its items can really help transform a build if employed carefully and correctly.

It’s latest batch of products includes aircraft stores for World War Two and post-war types, and these span all three popular scales. They are as follows:

1/32
BRL32046 US WWII 75 gal fuel tank (above)
Here’s a pair of the very common sheet steel fuel tanks carried by classic fighters such as the Curtiss P-40, Republic P-47 and North American P-51. The main tanks in resin are accompanied by attachment lugs in the same medium. Photo-etched (PE) brass filler caps are also supplied, along with several waterslide stencil decals. 13.07 € 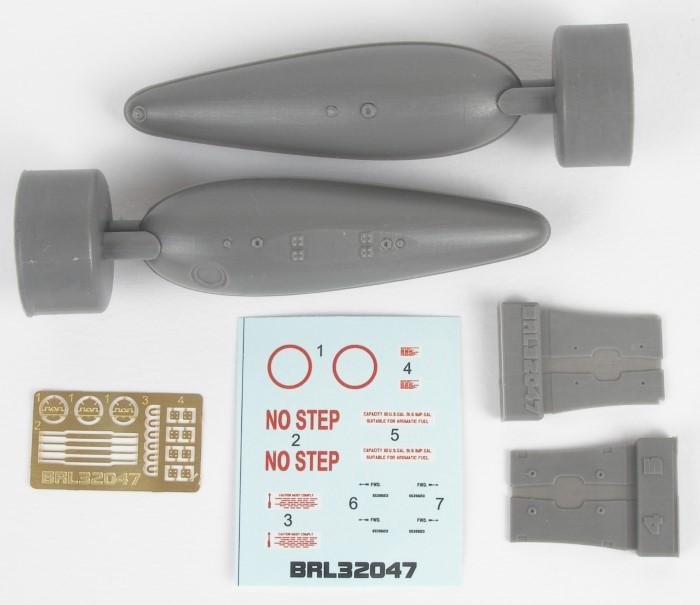 BRL32047 US 110 gal Drop Tank
More elongated than the 75 gal versions, these resin tanks were employed by the same USAAF aircraft types. However, they required bracing struts which, here, are formed from PE and resin parts. PE filler caps are also present, as are stencil and ‘NO STEP’ decals. 16.60 € 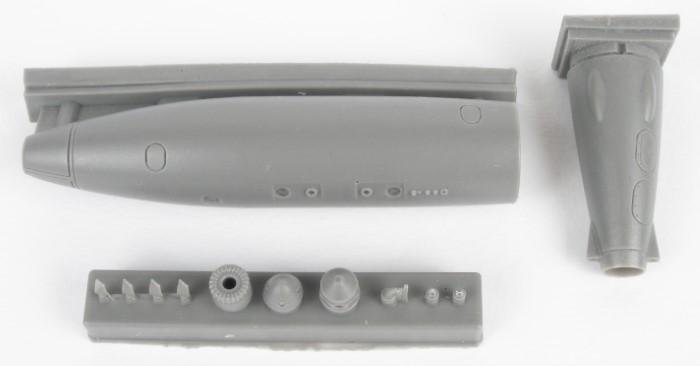 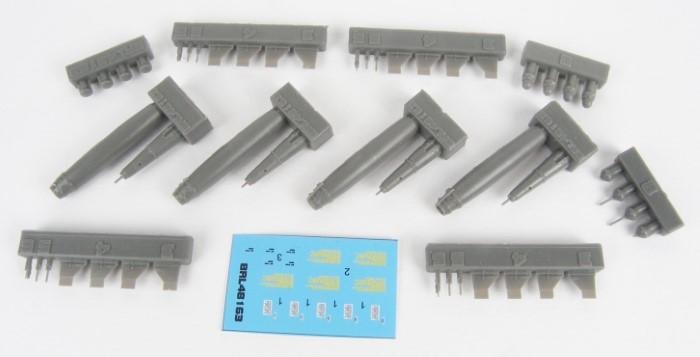 BRL48163 GBU-38 JDAM Bomb
Four Joint Direct Attack Munitions of the 500lb variety are offered here, all in resin. They do not have the ‘crackle finish’ ablative coating, so replicate the GBU-38(V)1/B for USAF employment rather than US Navy… but are nonetheless useful for F-16, F-15E, A-10 and F-35 builds. Two varieties of nose cap are provided, as well as the bugled proximity nose fuze. Brengun has done  a particularly good job of replicating the strap-on aerodynamic package on the front of the bomb. Stencil decals are provided. 13.07 €

1/72
BRL72264 Mk.77 Napalm tank
Here, Brengun replicates the predominantly US Marine Corps fire bomb in Mod 5 format. This is suitable for the AV-8A/B, but also USMC F-4Bs Phantom IIs in Vietnam. Two stores are provided, along with different fusing options and stencil decals. 9.64 €

All these items are available direct from Brengun (www.brengun.cz) but in the UK they can be found via Hannants: www.hannants.co.uk