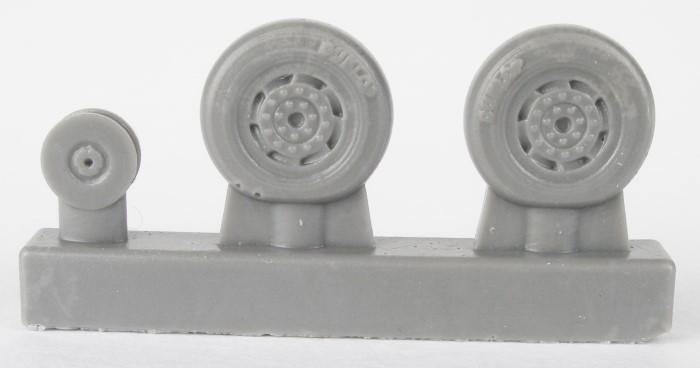 With Airfix’s 1/72 new-tool Hawker Tempest Mk.V due soon, Brengun has been quick off the mark with resin wheels for the type. Early (BRL72260) and late (BRL72261) units are available, and both are designed and cast to depict weight, with slightly bulged lower reaches. The early examples have busier hubs with many bolt heads, while the late sport simpler hubs featuring five prominent spokes. Several pinhead-sized air bubble holes were visible on our sample wheels, but they are easily cured with filler or Superglue. These wheels, while applicable to the forthcoming Airfix kit, are even more suitable for raising the bar on older renderings from the likes of Academy, Heller, FROG and others. Both sets are priced at 7.82 €. 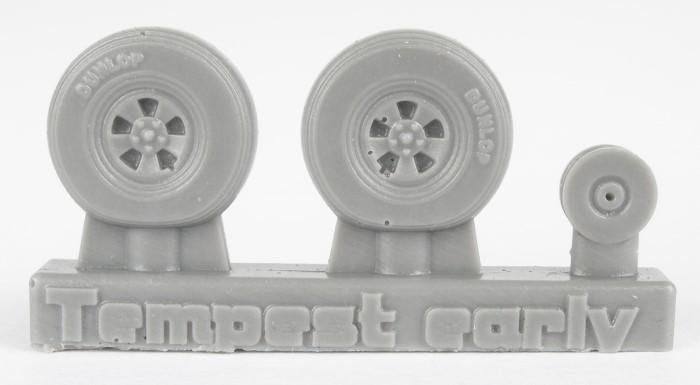 If you favour smaller scales and have Mark I’s Tempest Mk.V in 1/144, Brengun has produced a bespoke detail set (BRL144171) featuring a photo-etched (PE) fret crammed with enough extra refinement for two kits, and the choice of early/late resin wheels for two builds. The PE components look excellent, there being a wealth of detail for the cockpit (an entire ‘tub’, seat, rudder pedals, instrument panel, seatbelts), as well as undercarriage bays and doors. This set costs 9.16 €. 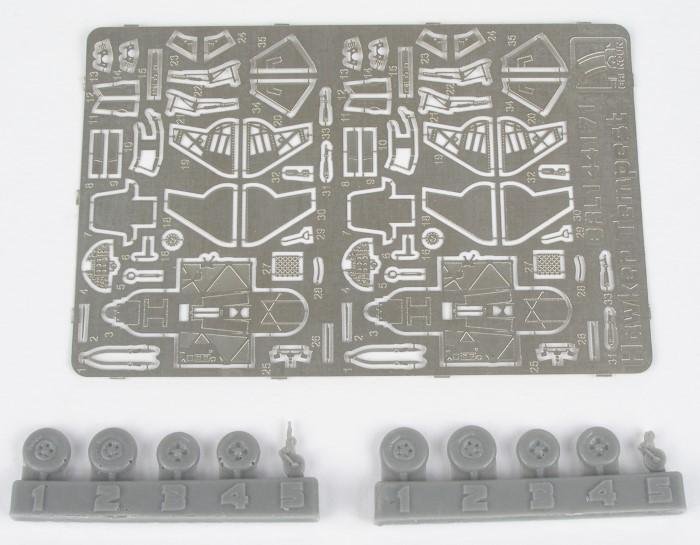 Finally, another useful package for Mark I’s Tempest is a set of wing flaps (BRL144172)… rendered in photo-etched brass, with enough for two builds. These are simple to use; just cut away the styrene flap areas on the lower wing as shown on the instructions, make one bend on each flap, then insert. Bingo! The cost for these is 7.45 €. 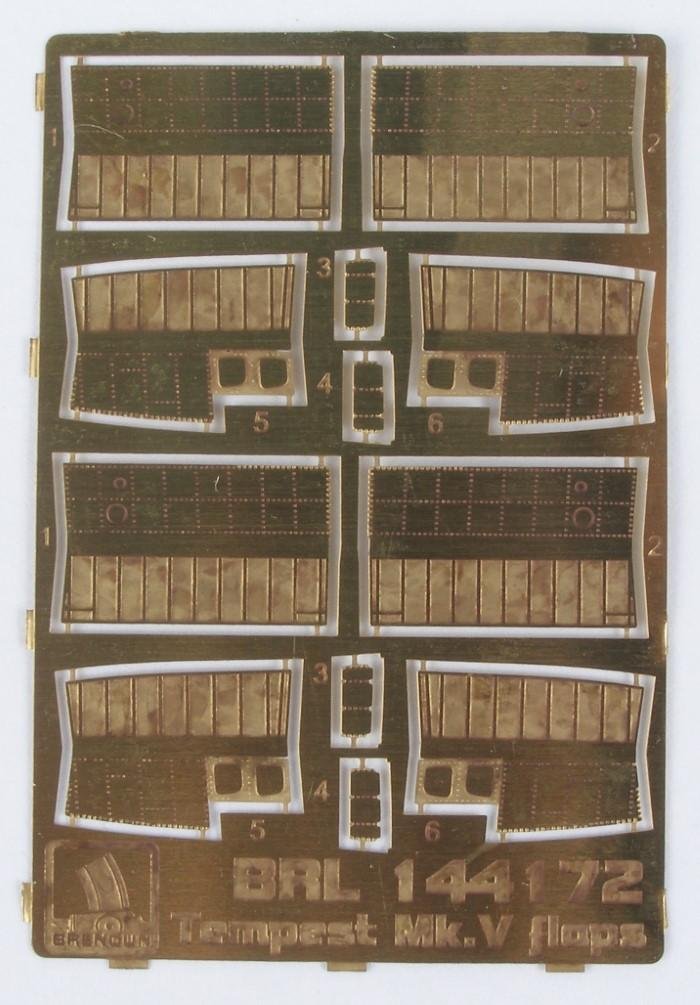 All four products are handy for adding extra pizzazz to either your 1/72 or 1/144 Tempest builds – or both! They are available from: www.brengun.cz