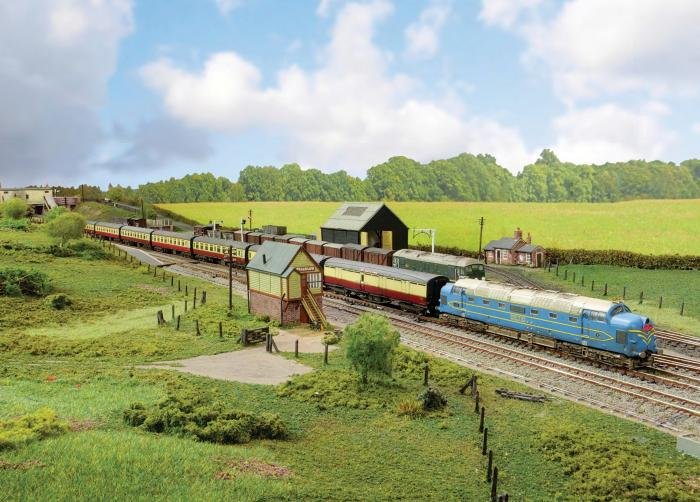 1 The English Electric ‘Deltic’ prototype thunders through Brinklow at the head of a rake of BR carmine and cream stock. The signalbox and goods shed are both scratchbuilt.

IN 2015 Milton Keynes Model Railway Society (MKMRS) decided to build a new ‘N’ gauge exhibition layout to replace our previous model Norgate (HM53). The requirements were that it had to be a continuous run with the option to be driven by analogue or Digital Command Control systems on club nights. In addition, it needed to be able to cater for the wide-ranging interests of club members’ rolling stock, so it was to be designed to allow American and European rolling stock to run through as well as era specific trains from the British railway scene.