Lukes Fellows of Geek Gaming Scenics joined Simon George to help move Britain's Biggest Model Railway forward by pouring a huge river scene with epoxy resin. In this video feature we share Lukes video of the process and how he and Simon did it. 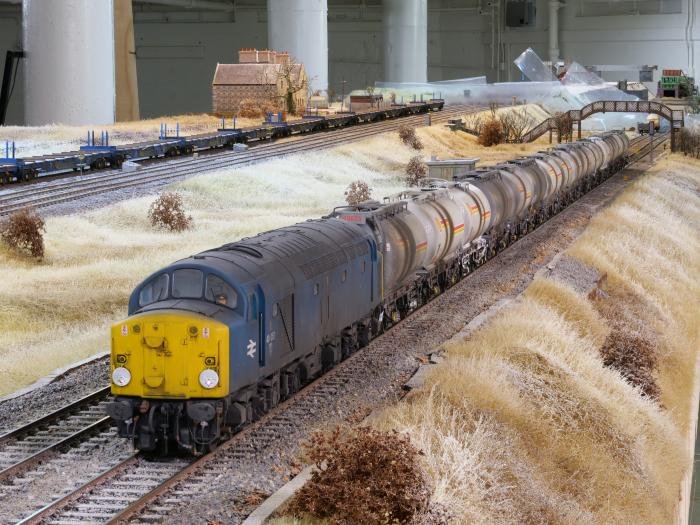 Above: A Class 40 leads a rake of TTA up the gradient from the 'dive under' heading east from Huddersfield. The river is just beyond the bridge in the background.

SINCE OUR visit to Simon George's outstanding 'O' gauge layout project to model Heaton Lodge Junction, he has been continuing development of its frame and scenery. Amongst the latest progress on this huge 200ft x 50ft layout is the completion of the track circuit and pouring of the huge 6ft x4ft River Calder which passes beneath two bridges on the layout. 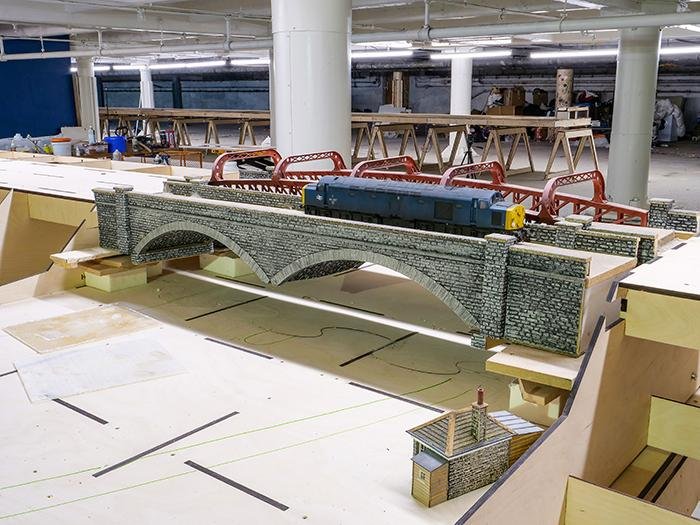 Above: This is how the River Calder scene looked in January 2020.

To make the river scene happen Simon enlisted Geek Gaming Scenics and they created a video of the full process and describe it in detail here. In the introduction, Geek Gaming Services Like Fellows said in his video introduction: "Pouring pouring large amounts of epoxy resin on a model railway or diorama is scary, but it isn't as complicated as you might think. Simon George is the owner and maker of the model and its is by far one of the nicest model railways and one of the biggest I've ever seen. To be apart of such a small amount of this was amazing."

Progress on Heaton Lodge continues and we are planning a return visit to show the completed layout in due course.