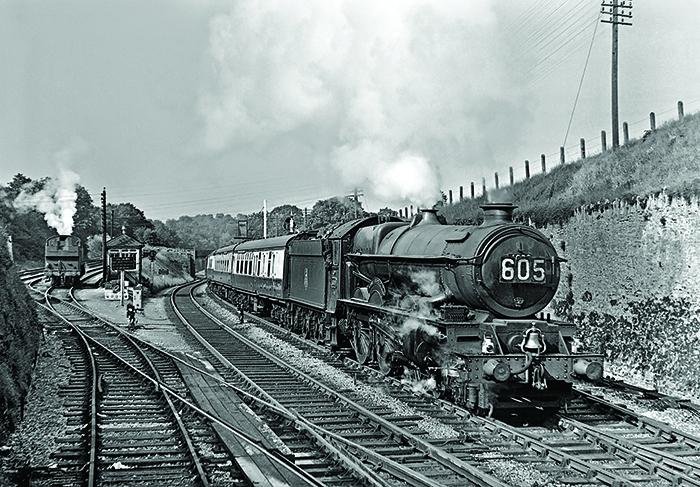 The Collett ‘King’ 4-6-0s were the Great Western’s most powerful 4-6-0s. The first of the class, 6000 King George V, climbs past Dainton Sidings as it prepares to plunge into Dainton Tunnel with an Up service destined for London Paddington on May 31 1957. Cecil Blay/SA Archive/Railphotoprints.uk.

IN POPULAR FOLKLORE, the golden age of the steam railway often has a distinctly green, copper-capped tinge, with sun and the sea heavily involved - such was the cultural impact of the Great Western Railway. Its British Railways successor, the Western Region, enjoyed that legacy in steam’s Indian Summer of the 1950s.