One of the most recognisable and longest-lived of the Modernisation Plan diesel locomotives is the Brush Type 2, which later became much better known as the Class 31. EVAN GREEN-HUGHES examines this design, which despite its longevity has not been without its problems. 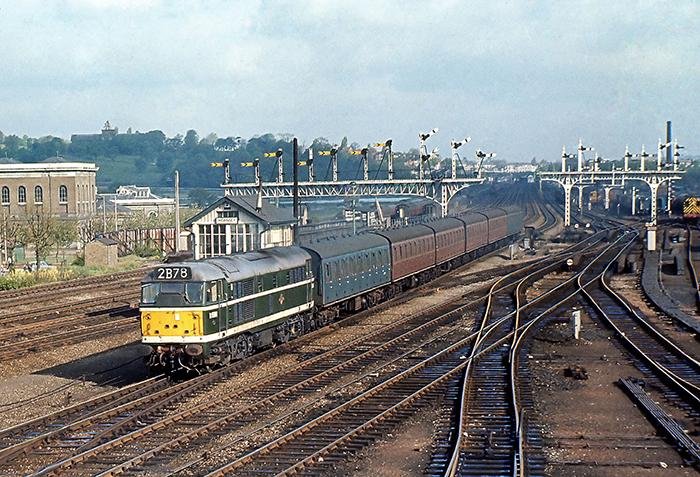 The pilot scheme batch and the first of the production locomotives had disc headcodes and no roof mounted headcode box. D5526 illustrates the original appearance at Stratford Depot in April 1967 alongside two classmates. MikeJefferies/Railphotoprints.uk.

When British Railways caved in to the inevitable and decided the future was with diesel traction, there was no clear market leader that could provide all the locomotives that the country needed To combat this the decision was taken to commission small batches of engines from different manufacturers, as well as from BR’s own works, in effect to see which was the best, and decide on a solid specification for future requirements.