More than 11,000 MGR hoppers were built, with the first appearing in the mid-1960s. They went on to form the mainstay of coal delivery from pit to power station until higher capacity wagons eventually replaced them from the early 2000s. A batch of similar hopper wagons with canopies continues china clay carrying duties in the West Country to this day.

Cavalex Models' newly-tooled hoppers are being produced in collaboration with retailers KMS Railtec and Trains4U and will cater for HAA, HFA (with canopy) and CDA (china clay) variants initially, while further plans include the original galvanised steel bodied hoppers and CBA lime-carrying examples. 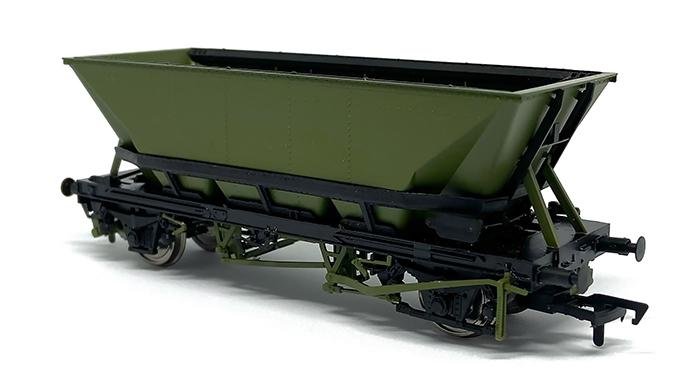 Cavalex Models' newly-tooled 'OO' gauge hoppers will only be available through KMS Railtec and Trains4U with unique twin and triple packs of wagons offered. Both retailers have each commissioned six exclusive HAA triple packs with Railfreight red cradles, plus one pack each with yellow, and EWS liveried cradles, together with two twin-packs of CDA wagons in English China Clay (ECC) blue and one single DB liveried example. In addition, KMS Railtech is also offering an exclusive triple pack of Scottish-based HAA hoppers with blue cradles. Each exclusive pack will feature wagons with unique running numbers, enabling individually numbered rakes to be built using models from both retailers. 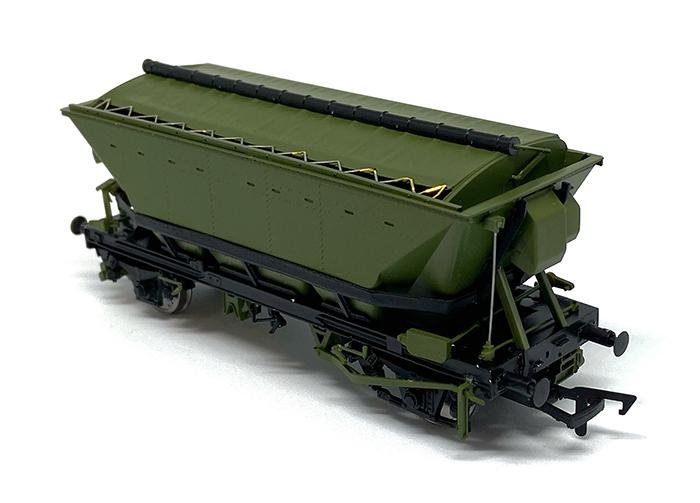 In addition, there will also be one triple pack of yellow cradled and one pack of EWS cradled HFA hoppers with canopies. These two triple-packs will be shared between KMS Railtech and Trains4U, with wagon numbers common to both retailers.

A few final tweaks to the tooling have been identified, while decorated samples are expected to be produced shortly after Chinese New Year. 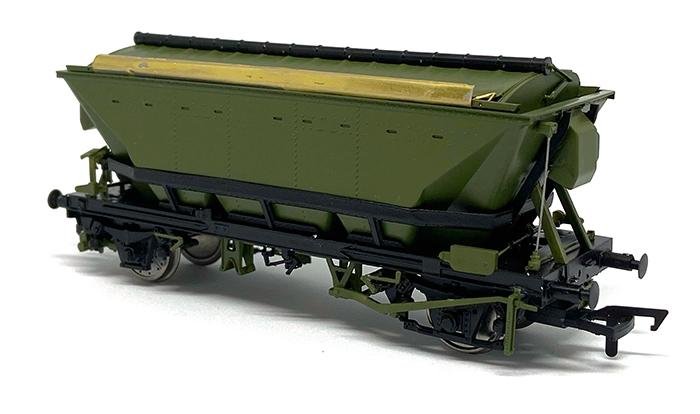