The wagons will be offered in triple packs containing three uniquely numbered vehicles covering the various livery iterations carried over the past four decades or so on this traffic, including Original Redland, Redland, Redland (large logo), Lafarge Aggregates, plain white with black patches and plain white.

As with Cavalex Models’ 4mm scale examples, the models will feature an accurately proportioned body, detailed underframe, etched metal walkway, handrails and ladders, as well as a close-coupling mechanism.

Built by Standard Wagon of Heywood in the late 1970s and early 1980s, the PGA two-axle hopper wagons were used to transport aggregate from Redland's Mountsorrel quarry in Leicestershire to terminals in London and the South East.

Development work is already at an advanced stage with decorated samples received for evaluation.. 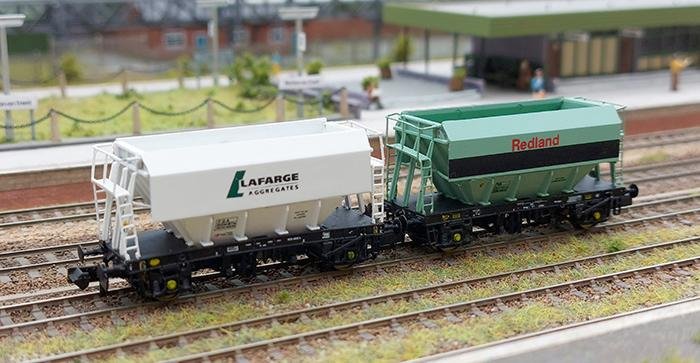 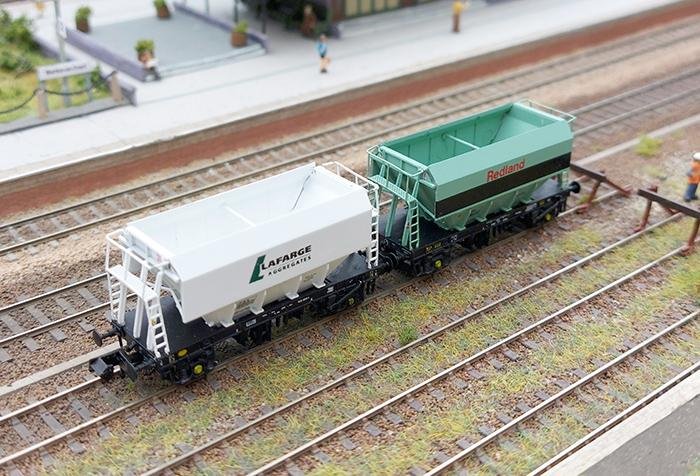 Prices are £89.95 per triple pack, with pre-orders being taken now. Delivery is anticipated before the end of the year.