Mark Attrill focuses on foreign use of the Lockheed T-33A Shooting Star, which helped to usher in the ‘jet age’ with air forces on five continents

Many T-33s were employed as test aircraft after being replaced as trainers, such as this camouflaged Luftwaffe airframe. 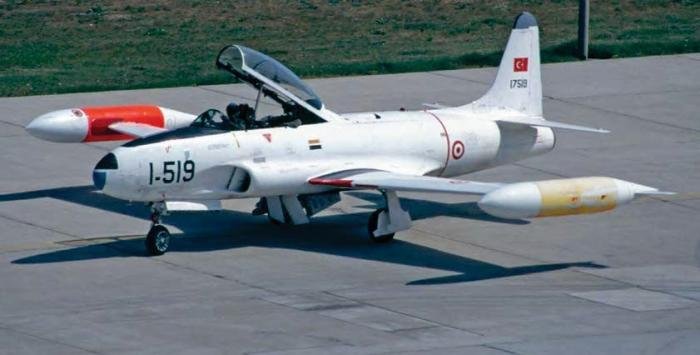 Lockheed’s T-33A Shooting Star was derived from the P-80 fighter of the same name, which first flew in January 1944, but entered service too late to see combat during World War Two.