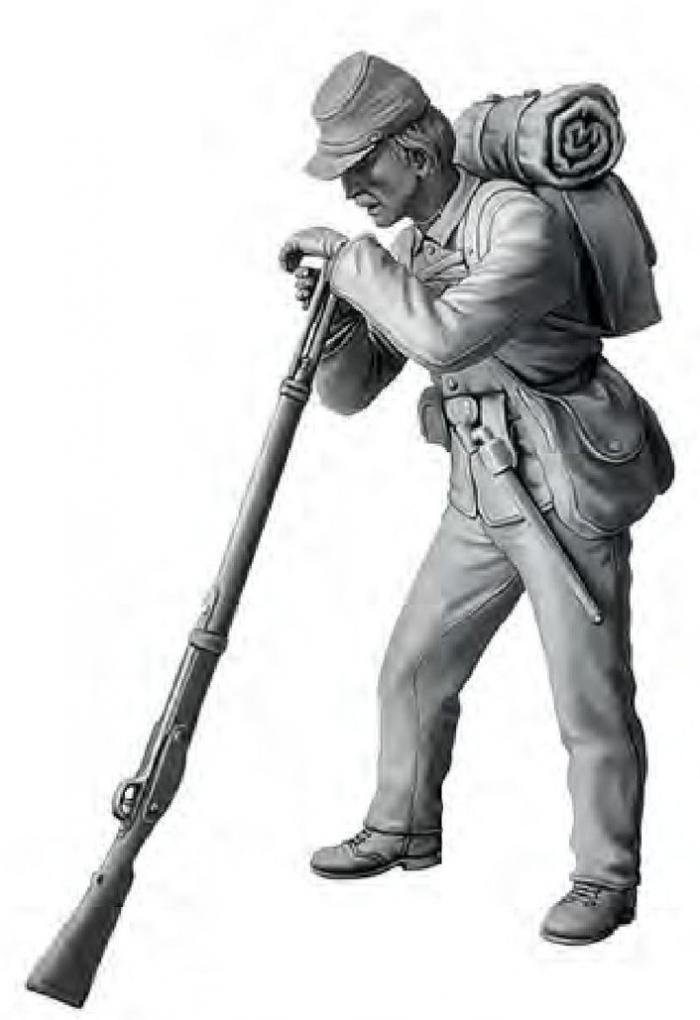 A Quick Rest, After the Battle

Master Box has added to its range of American Civil War subjects with this 1/35 Union Army Infantry Sergeant, depicted leaning on his weapon following the Battle of Gettysburg in July 1863. Components are supplied on a single runner, with separate limbs added to a torso piece and head – the latter features a realistic grimace. Straps are moulded across the soldier’s chest for the backpack he carries, while additional items are suspended round the figure’s waist. Clothing creases are replicated neatly, with the figure wearing a dark blue jacket, lighter-toned trousers and a flat-top peaked cap, although there are no decals to embellish the 72nd New York Regiment, Army of the Potomac uniform.