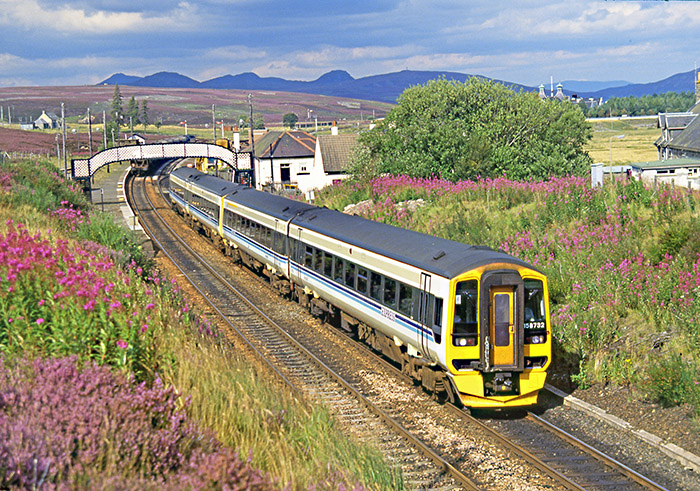 The first of the Class 158 units entered service in Scotland where they often worked in multiple. On August 20 1992 158732 and 158734 depart Dalwhinnie forming the 2.15pm Inverness-Edinburgh. John Chalcraft/Railphotoprints.uk.

IT is hard for those of us who follow the railway scene today to appreciate just what a state the network was in 30 years ago. Most secondary services were operated by locomotives and coaching stock from the modernisation era of the 1950s, timekeeping was exceptionally poor, running costs were high and passengers were deserting the railways in their droves.

In 1982 the country’s declining passenger services were broken up into three sectors by British Rail; InterCity handled the lucrative express work, London and South East (Network SouthEast from June 1986) the commuter services out of London and Regional Railways the rest.