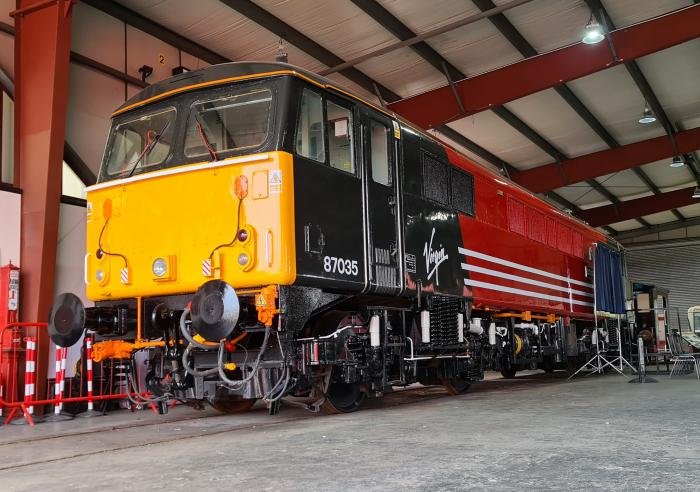 Above: 87035 stands ready for the rededication ceromony to begin.

Hornby Head of Marketing Simon Kohler joined the Mayor of Crewe Cllr Tom Dunlop and the chairman of Crewe Heritage Center Gordon Heddon for the rededication and naming ceremony of 87035 Robert Burns on 15 March 2022.

The BR Class 87 Restoration Group unveiled the locomotive’s new Virgin Trains livery in 2021 with the rededication being originally scheduled for early 2022. Due to world events, the naming was delayed until March. 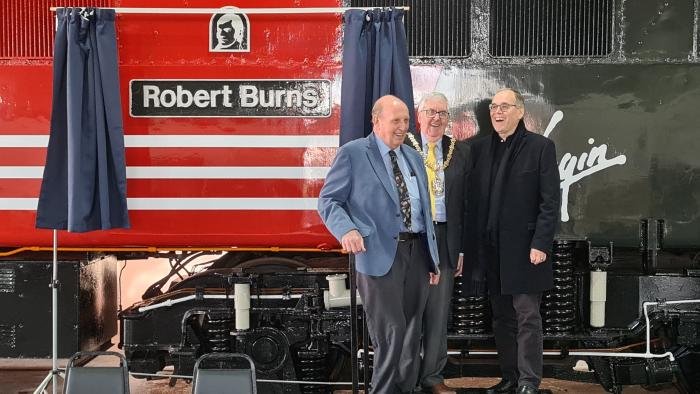 Above: Chairman of Crewe Heritage Center Gordon Heddon was joined by the Mayor of Crewe Cllr Tom Dunlop and Hornby Head of Marketing Simon Kohler.

The locomotive was named after Robert Burns, born in 1759 and regarded as the national poet of Scotland who was recognised for his work focusing on universal themes of love and nature.

After 87035’s new livery was applied, the locomotive group hosted a rededication ceremony which took place with members of the restoration group and invited guests in attendance. Simon Kohler was invited to reveal the nameplate at the ceremony. 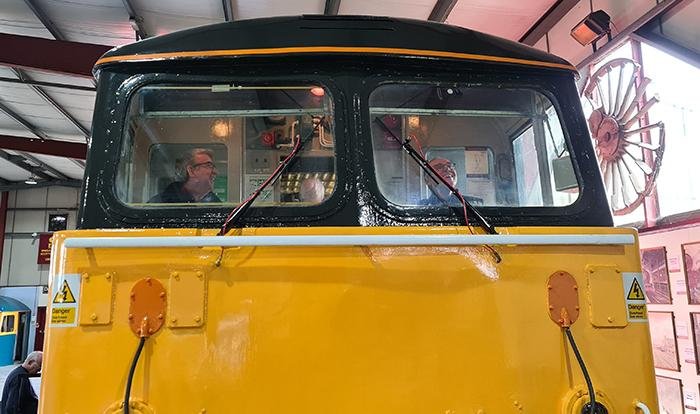 Above: After the event Hornby Magazine's Mark Chivers and Simon Kohler enjoy the newly restored cab.