In its rush to dispense with steam locomotives, British Railways ordered many new diesels straight from the drawing board. One of the shortest-lived was the Clayton Class 17 – now the subject of a new model from Heljan. EVAN GREEN-HUGHES looks at the history of this handsome, but unreliable class. 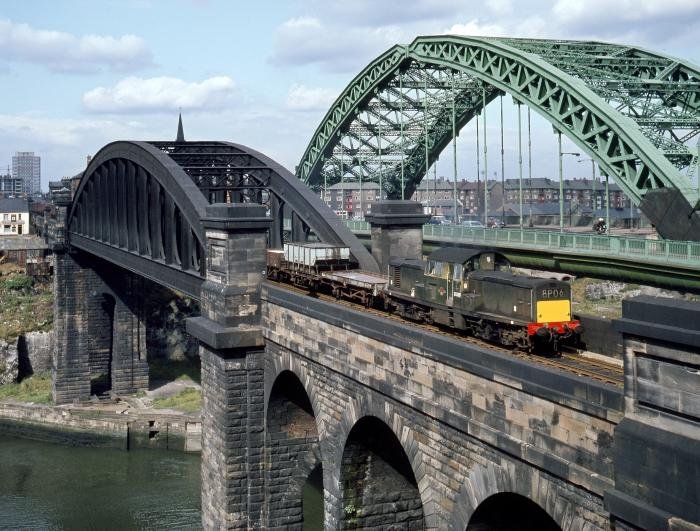 Above: In glorious summer sunshine, D8589 crosses the River Wear from Monkwearmouth to Sunderland with an Up freight on August 29 1967. Brian Stephenson.

The influence of American design can be seen in most of the early diesels introduced in Britain after the 1955 Modernisation Plan. The ‘Peaks’, English Electric Type 4s (Class 40s) and Type 3s (Class 37s) and some other designs had prominent noses at each end of the locomotive which echoed their transatlantic cousins.