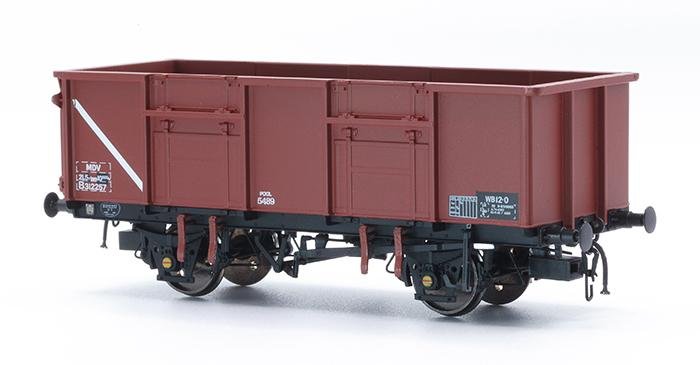 First announced in November last year (HM163),  these newly tooled models will represent unfitted diagram 1/107 (subsequently coded MDO) and vacuum braked diagram 1/120 vehicles (later coded MDV) - the former introduced in the early 1950s, while the latter appeared during the 1960s. They remained in service until 1987 and 1992 respectively.

Accurascale's new 'OO' gauge models will faithfully reflect the detail differences between both diagrams such as spindle buffers, oil axleboxes, two doors each side and a further door at the end for tipping on diagram 1/107 wagons, while the later models will feature Oleo buffers, roller bearings, flaps over the side doors, vacuum brakes and more.

Following evaluation, a number of amendments have been identified with these latest samples including general paint coverage, further improvement to the brake shoe area on the MDOs and the fitment of handles and brake gear in general, before production gets underway shortly.

Prices are set at £74.95 per triple wagon pack. with delivery still on schedule for the third quarter of 2021.