Ever on the ball when it comes to special liveries, Two Bobs has released a new 1/48 decal set for the Mighty A-10. 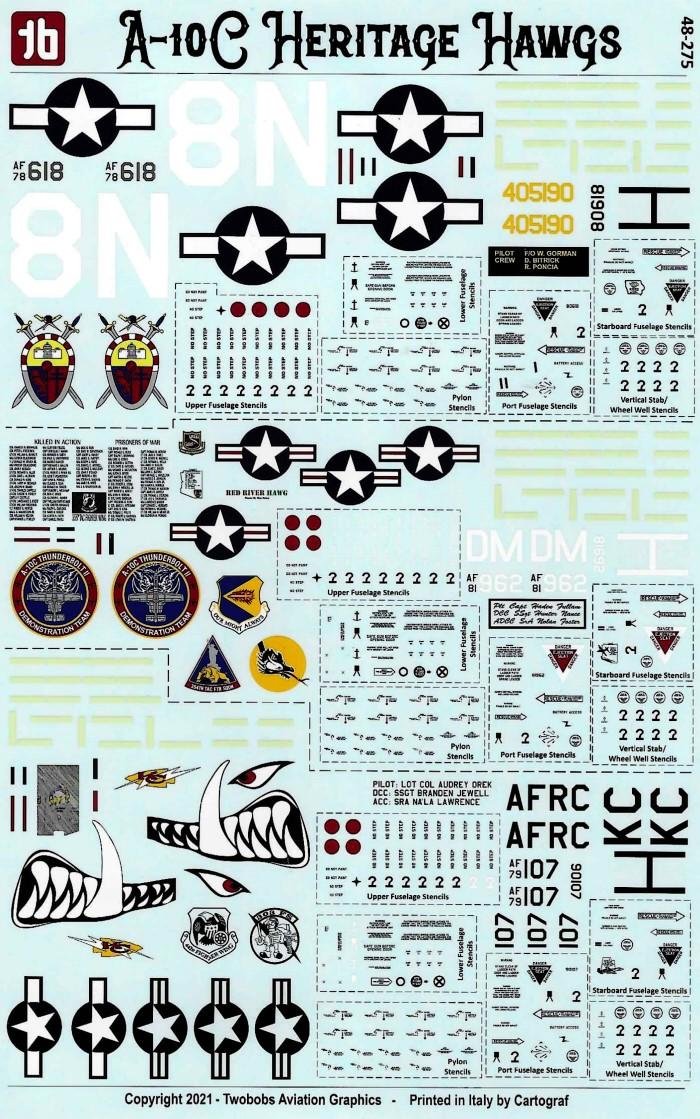 The Thunderbolt II is a less common canvas for special schemes, so it’s splendid that decal firm Two Bobs has released this package, 48-275 A-10C Heritage Hawgs. A single but comprehensive sheet carries markings for three commemorative A-10C airframes, all of which look decidedly different.

A-10C 78-0618 of the 190th Fighter Squadron, Idaho Air National Guard, wears a modern iteration of the World War Two-style Olive Drab over Neutral Gray, to mark the unit’s 75th anniversary in May 2021. The livery emulates that worn by a P-47 of the squadron, while in France during 1944.

The second aircraft is 79-0107, flown by the 303rd FS, 442nd Operations Group at Whiteman in Missouri, in 2019. This commemorates the 75th anniversary of D-Day via invasion stripes in black and white, over the standard low-visibility grey scheme.

Two Bob’s instructions, as usual, offer a wealth of information on colours and stencil placement, and codes for Federal Standard, AK Interactive, Hataka, Mr. Color, Mr. Paint and Xtracrylix paints. Stencils and national insignia for all three aircraft are provided, and the printing is first rate. 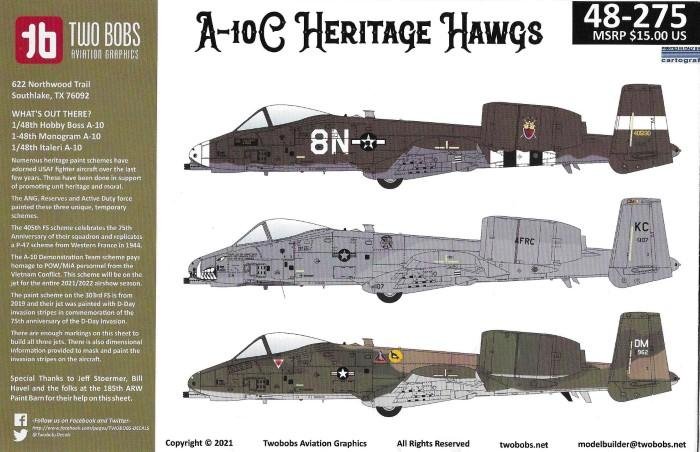 This set costs US $15. For further details visit www.twobobs.net