A street scene is a great addition to a layout. DAN EVASON shows you how he created this superb 1960s shopping parade from scratch. 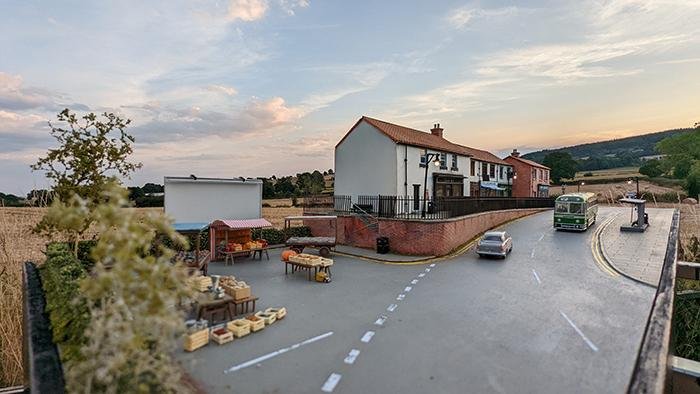 Above: A Southdown coach negotiates the high street, as it passes the 1960s-era shopping parade and market scene.

THE 1960s – a decade which changed the world, where peace and love was the name of the game for some and high streets were alive with independent shops including butchers, bakers and bicycle menders. It is often said that if you can remember the 1960s, you weren't there.

But for the rest of us it marks a time where Britain appeared to suddenly shift from sooty monochrome into vibrant colour. An era of the white heat of technology, the World Cup... and on the debit side for rail enthusiasts, Beeching and the end of main line steam. For better or worse, Britain and the world would never be the same again.

Looking back at photographs and film footage, much looks familiar to modern eyes. The roads