The popular Great Western Railway (GWR) ‘Manor’ 4-6-0 is set to expand Dapol’s ‘OO’ gauge steam roster. The ‘Manor’ is set to build on the development of the manufacturer’s GWR ‘43XX’ 2-6-0. 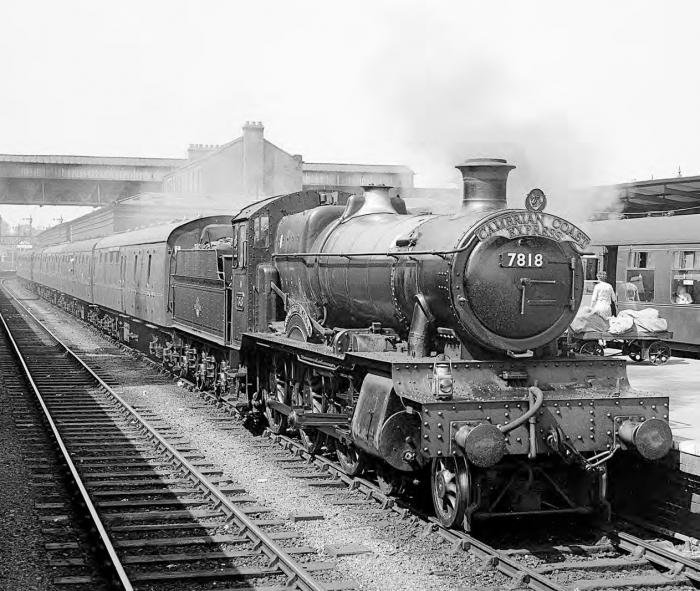 Dapol is producing a brand-new GWR ‘Manor’ 4-6-0 for ‘OO’ gauge. In 1962 7818 Granville Manor prepares to leave Shrewsbury with the down ‘Cambrian Coast Express’. Bryant/Railphotoprints.uk.

The fleet of 30 ‘Manors’ was built at Swindon Works between 1938 and 1950 to provide a locomotive with comparable power to the versatile ‘Grange’ 4-6-0, but with a lighter axle loading. They were numbered in the 78XX series and the last was withdrawn in 1965. Nine have been preserved.

Dapol has used General Arrangement (GA) drawings in development of its new ‘Manor’ which is currently at the CAD drawing stage. Features will include Dapol’s new tool-free DCC installation design with a slide in Printed Circuit Board (PCB) and with space for a ‘sugar cube’ speaker in the smokebox and a high bass speaker in the tender. It will also have a die-cast compensated chassis, detailed cab interior and a sprung pony truck designed to operate on second radius curves.

Other highlights include an electrical coupling between the locomotive and tender, firebox glow synchronised with sound on the DCC sound fitted versions, a high torque motor and slow speed mechanism and Dapol RealDrive sound files.