A new collection of ‘O’ gauge four-wheel Stroudley carriages are set to be released in the fourth quarter of 2020 by Dapol. The new line up will be manufacturered in the UK at Dapol’s factory in Chirk and were originally announced at the Dapol Collectors Club open day in 2018. 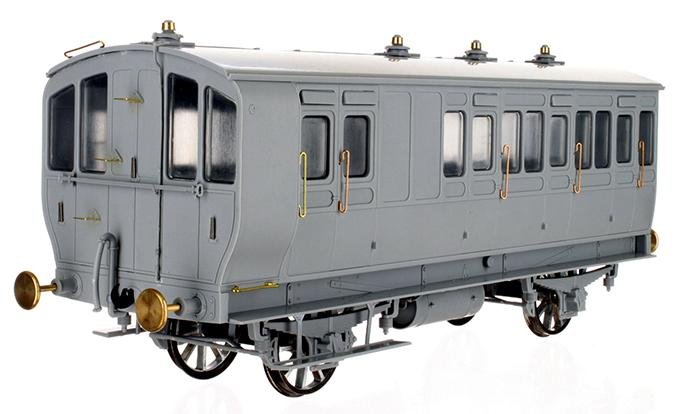 The coaches model vehicles built between 1870 and 1890 for the London, Brighton and South Coast Railway for suburban and main line trains. In total 1,500 were completed with each vehicle measuring 26ft and riding on a 15ft wheelbase chassis. Braking was initially only via the brake coach, but was later upgraded to Westinghouse airbrakes while lighting progressed from oil to gas and, in some cases electric.

Dapol’s first releases will be finished in LBSCR Mahogany with oil lighting details. Future releases will cover gas and electric lighting as well as vehicles fitted with Westinghouse brakes. 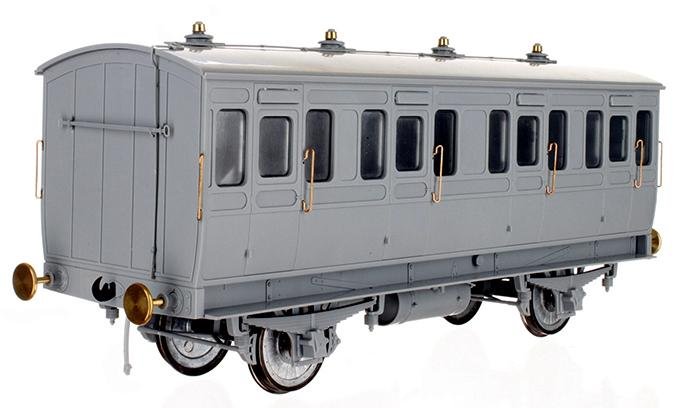 The range will comprise Brake Third, Third, Composite and First class coaches with options for illuminated and DCC fitted models as well as unlit versions. The initial production will also cover suburban and main line stock – the latter being fitted with short buffers and three link couplings while suburban stock had bar couplings between coaches.

Prices start from £110 for unlit vehicles and rise to £135 for illuminated coaches and £165 for DCC fitted illuminated carriages. 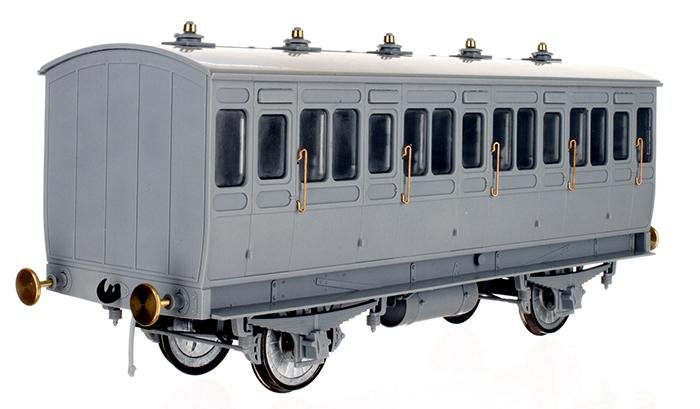