Dapol's all-new 'O' gauge 'Turbot' wagons together with a new batch of its 'OO' gauge version are due to arrive with retailers this summer and new images have been released by the manufacturer.

The wagons are being released in BR 'Dutch' grey and yellow and EWS maroon and gold liveries for both scales with a choice of three running numbers on each colour scheme in each scale.

Above and below: EWS liveried 'Turbot' for 'O' gauge. 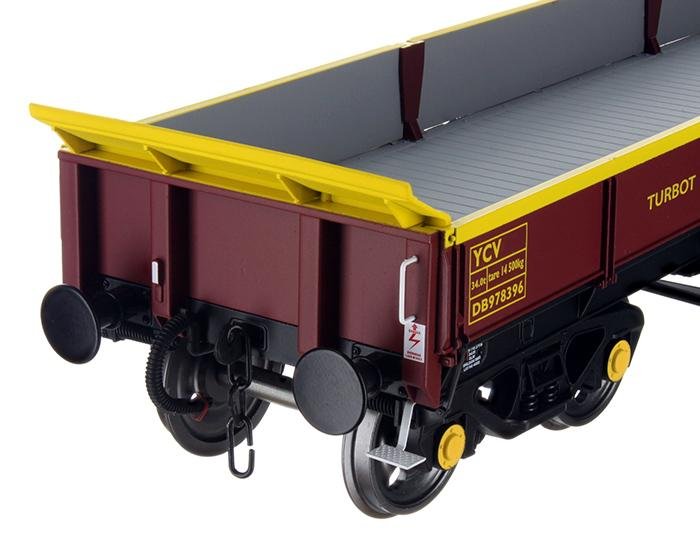 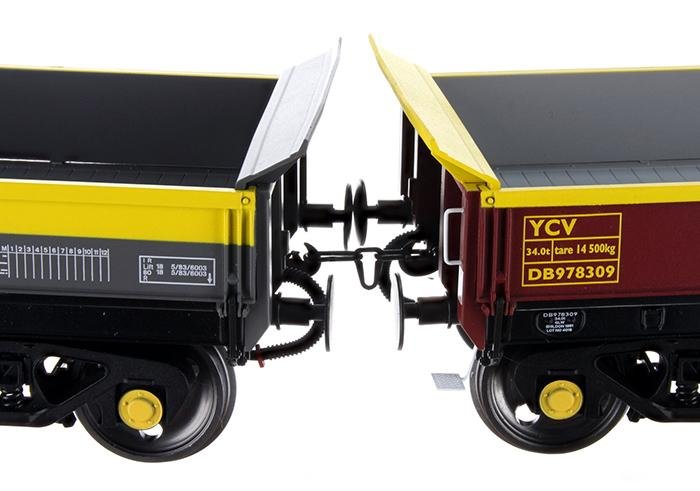 Above: Instanter coupling detail for the new 'O' gauge 'Turbot'.

The 'OO' gauge 'Turbots' are the second batch to be released on Dapol's highly regard tooling. Features including NEM coupling pockets with small tension lock couplings, optional working instanter couplings, posable drop doors, turned metal wheels, optional bufferbeam pipework and a combination of plastic injection moulding for the body and die-cast metal for the chassis. The 'OO' wagons are priced at £26.50 per wagon.

Above and below: 'OO' gauge 'Turbot' production samples in 'Dutch' and EWS liveries.