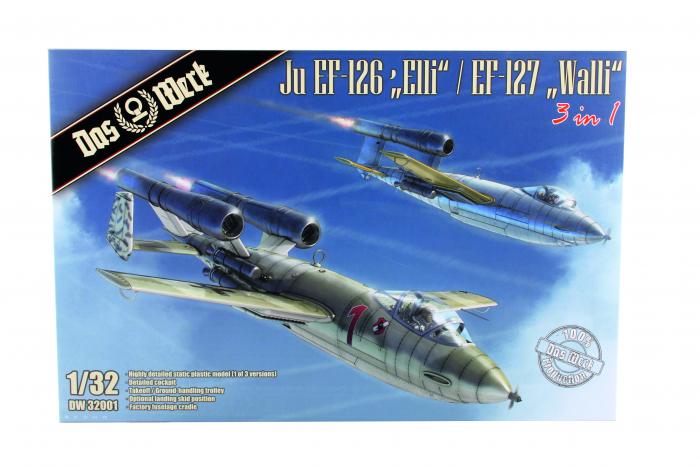 HAVING DELIGHTED modellers with its experimental-themed armour and anti-aircraft artillery kits, Das Werk has released its first aircraft subject: the pulse-jet/rocket-powered Junkers EF-126 Elli/EF-127 Walli. Considering how little is known of this design, it's a comprehensive package, offering choices between engines, armament, landing/ flight/factory configuration and seven markings schemes (a mix of prototype and notional ‘in-service’ airframes). Decisions will be needed on propulsion type and whether one or two powerplants are fitted – while the option for a half-assembled factory machine bodes well for diorama builders. There are just four styrene runners and the moulding quality is superb, with convincing panel and rivet detail on the exterior surfaces, ‘dished’ metal plating on the elevators and a sparsely furnished cockpit as befits a late-war experimental airframe. As with its 1/35 Faun and Sd.Ah.115 trailer (see News, April 2019), a series of accessories are planned, initially in the form of wood grain decals for an unpainted airframe. 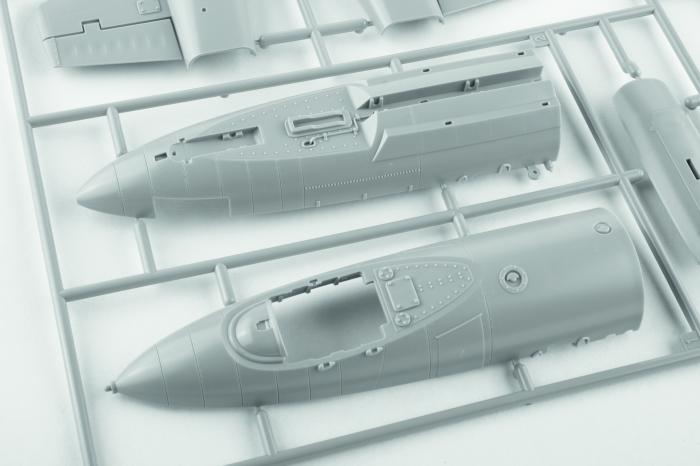