Stu Fone casts a critical eye over Airfix’s re-released 1/72 Sea Harrier FA.2 and corrects some of its shortfalls 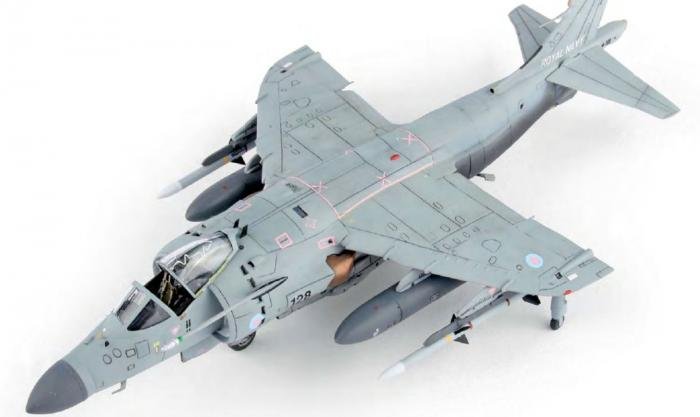 Regarded as the last all- British-designed fighter, the Sea Harrier (SHAR) FA.2 represented a necessary upgrade to the earlier FRS.1, in light of lessons learned from the 1982 Falklands War.

Chief among these was the addition of a beyond-visual-range air-to-air missile, the AIM-120B AMRAAM and a Blue Vixen pulsedoppler radar. Combined with a more powerful Mk.106 Pegasus engine, fully integrated chaff/flare dispensers and a ‘glass’ cockpit, the FA.2 had much improved capability over its predecessor. The type served from 1988 to 2006, notably supporting operations in the Balkans and Middle East, before being phased out due to defence cuts, although the Royal Navy would continue to operate the Harrier, in the form of the ground-attack GR.7/9, as part of Joint Force Harrier until 2010.