Perhaps one of the most recognisable diesel locomotives of the 1960s was the popular and versatile Class 25, a design that reached its best with its final version, the 25/3, which first appeared in 1965, as EVAN GREEN-HUGHES describes. 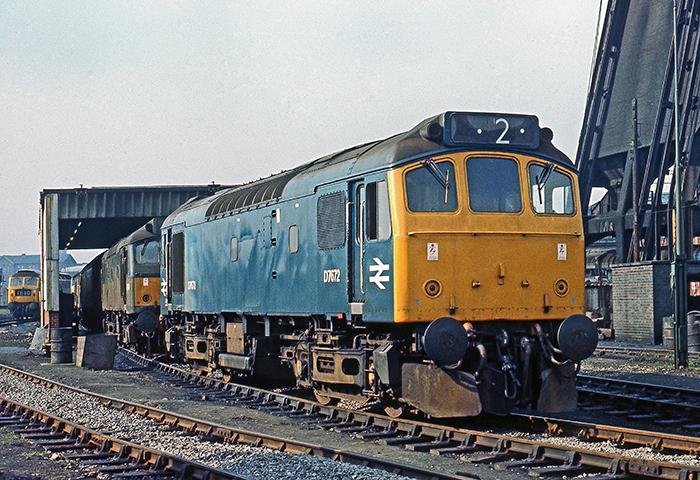 Above: The final locomotives of the Class 25/3 fleet were delivered in BR blue with full yellow ends with the first to be completed in this new corporate colour scheme being D7660. In April 1967 two-month old Class 25/3 D7672 (later 25322 and 25912 Tamworth Castle) stands at Derby shed in the company of another Class 25/3 and a Class 47. Mike Jefferies/Railphotoprints.uk.