THIRD STUDY OF THE TOMCAT

US Navy aircraft fans will be glad to know that publisher Detail & Scale has released F-14 Tomcat Part 3… and it’s just as good as the previous books! 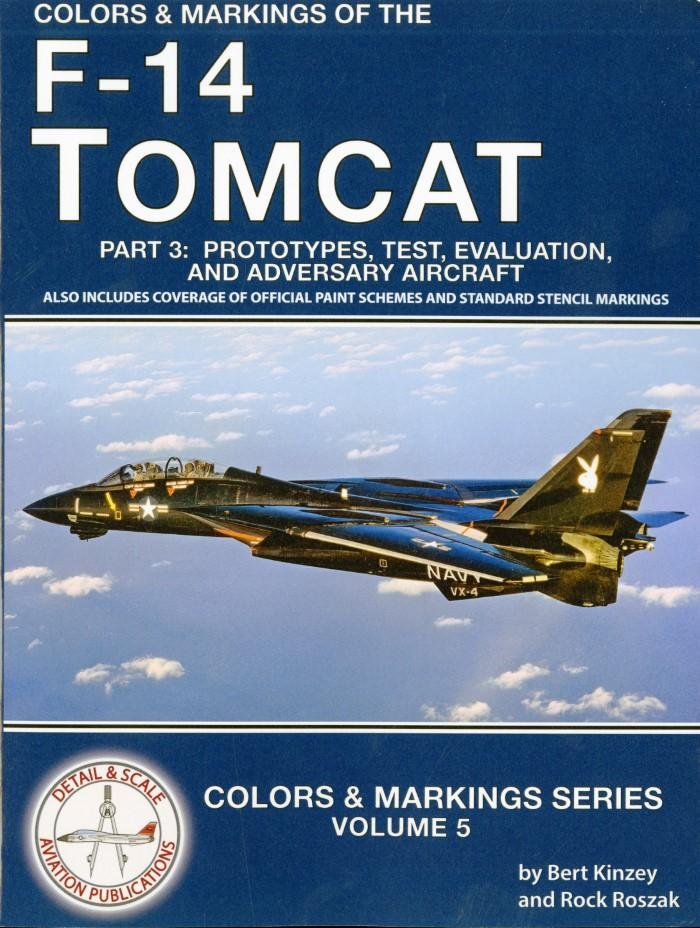 In quick succession, though, the company has now issued F-14 Tomcat Part 3, which focuses on Prototypes, Test, Evaluation and Adversary Aircraft. In its traditional style, D&S blends sharp photography, insightful text and captions, and useful colour artwork to tell the story of non-frontline Tomcats, employed on test and air combat manoeuvres training. 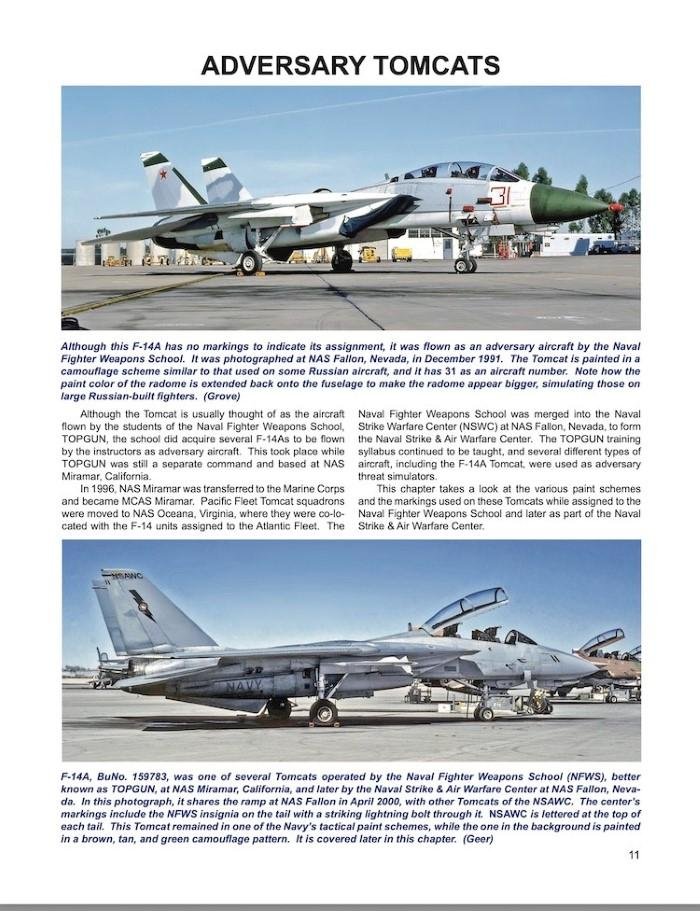 The Prototypes section is a varied visitation as besides the original prototypes, it also explores those for the F-14B/Super Tomcat. However, this brief chapter quickly makes way for the study of adversary F-14s, operated by the Naval Fighter Weapons School (NFWS) and Naval Strike and Air Warfare Center. The multi-tone camouflage schemes worn by many of these jets beg to be reproduced in scale form. And readers may be surprised to see a NFWS Tomcat painted in Iranian colours, and even with the appropriate roundels and IRIAF legends.

If you can locate and/or cobble together the correct markings, the Atlantic coast evaluation airframes of the Naval Air Test Center make for stunning build subjects, due to their high visibility red panels. Naval Missile Center and Pacific Missile Test Center airframes are also covered, as well as those from the Naval Air Warfare Center and Naval Weapons Test Squadron. Rare markings briefly worn by NWTS Tomcats are shown, too. 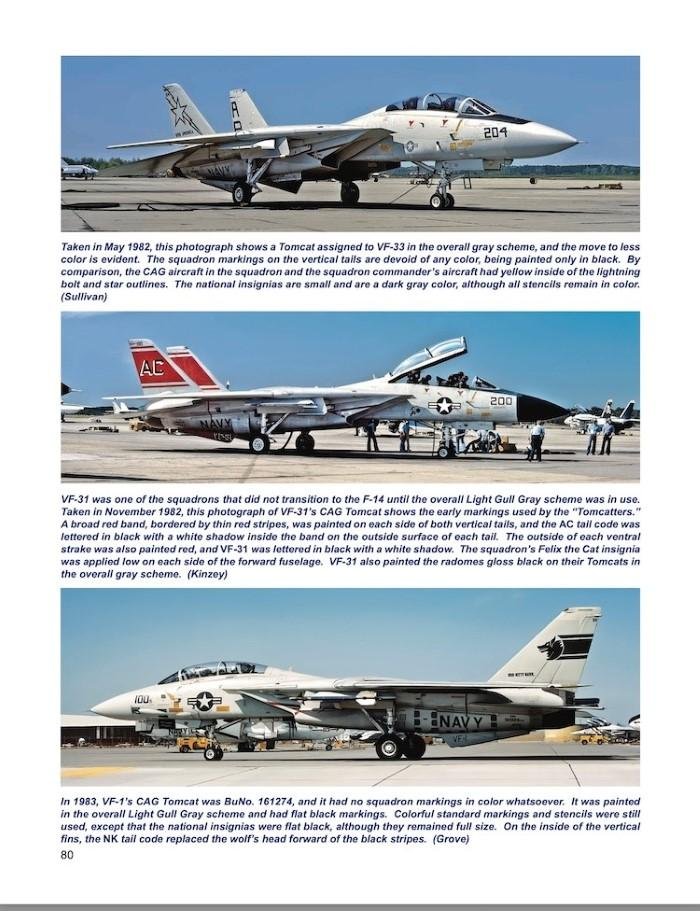 The narrative and visual cues then shift to the F-14s of VX-30 ‘Bloodhounds’, with the scary-looking dogs’ heads on their vertical tails, and the jets of VX-4 ‘Evaluators’…the former home of the ‘Black Bunny’ Tomcats and XF-coded machines. VX-9 Vampires follow, displaying varied liveries on F-14As, Bs and Ds. Another eyebrow-raising inclusion is that of F-14s flown by NASA.

Appendix I offers plenty of reference on Tomcat paint schemes, such as gloss Light Gull Gray over Insignia White, overall Light Gull Gray, Official Tactical Scheme (and variations thereof), via photos, colour artwork and Federal Standard codes. However, Appendix II really gets into the nitty gritty with its examination of stencil and standard markings, with yet more images, examples of individual stencils and annotated placement drawings. The stencil illustrations are particularly useful, as they are often hard to read on kit decal sheets due to their size, especially if in 1/72 scale. 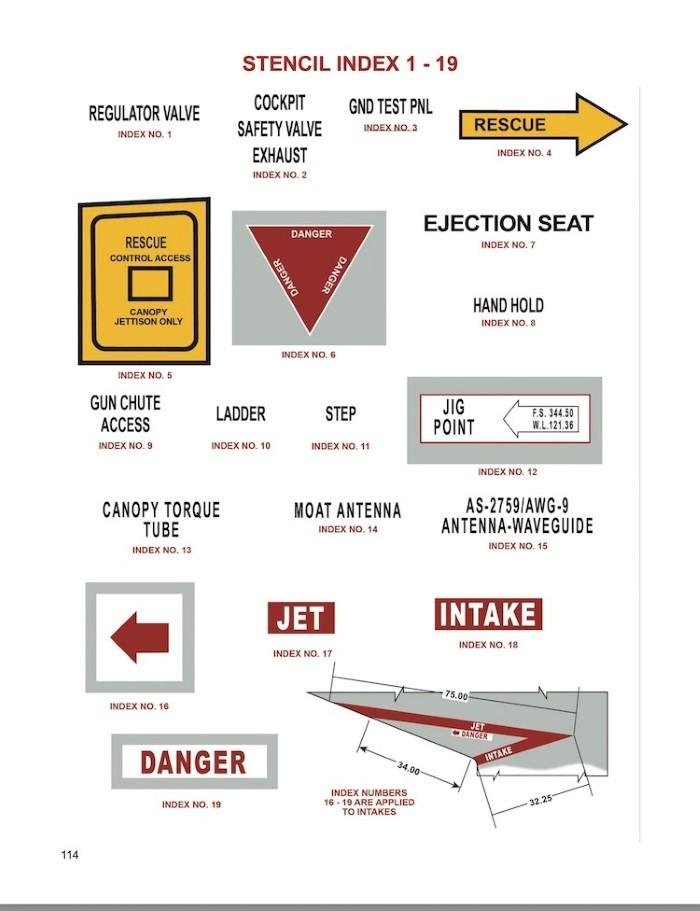 Detail & Scale’s Part 3 on the Tomcat is a particularly rounded volume due to the varied units/roles described, which makes it extra-useful for modellers. However, serious F-14 fans will undoubtedly want all three instalments, to help them build accurate models until the cows come home. The print edition costs US$23.99, while digital versions are US$14.99. To order, or for more information, visit: www.detailandscale.com