Last year Detail & Scale released the first volume in a revamped examination of the FJ Fury. It’s now published Part 2, which covers the FJ-4 and -4B variants. 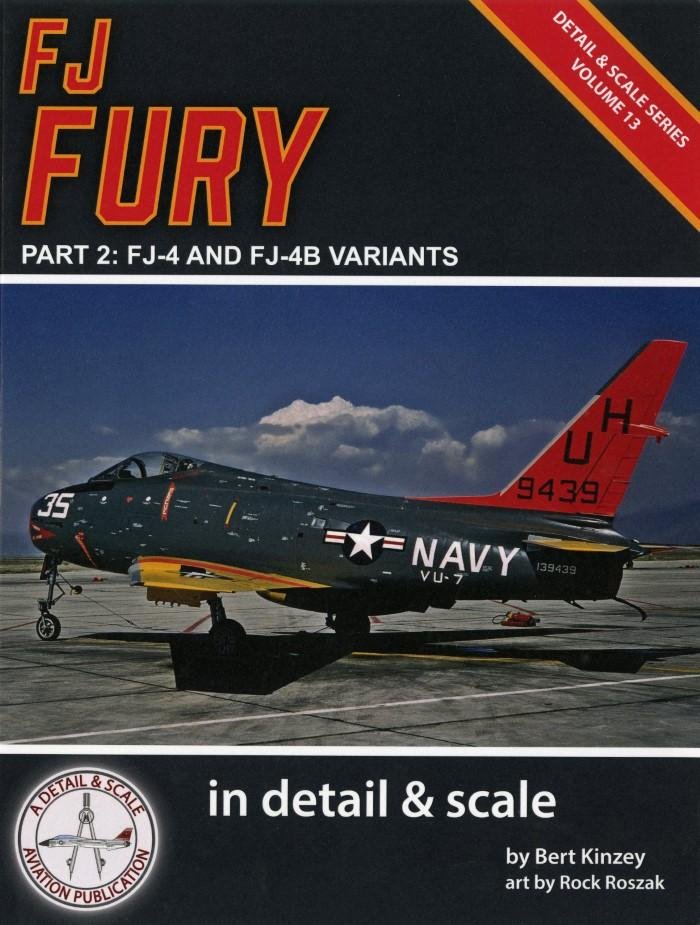 As naval aircraft go, North American’s FJ Fury oozed character and is a modelling subject ripe for exploration, what with the dazzling US Navy and Marine Corps schemes of the period. Detail & Scale’s Part 1 focused on the prototypes through to the FJ-3.

Now, Part 2 leaps further into the family by examining the FJ-4 and -4B, and there’s a wealth of information and visual reference packed into the softback print version’s 102 pages (both parts are also available in Apple/Kindle digital formats). The photographs are black and white and in colour, but all are of excellent quality and show the aircraft on carrier decks, and parked on airfields. There are also in-flight views and these are particularly useful as they provide revealing studies of stores, pylons and the aircraft’s underside. 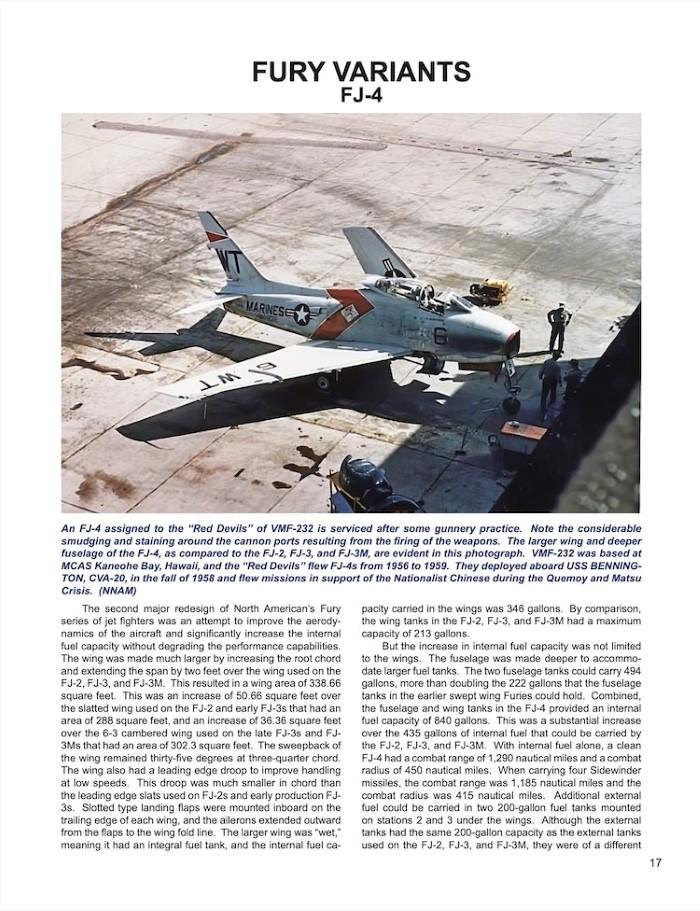 Each variant has its own chapter, explaining the progression and structural differences, by way of informative text, diagrams and splendid images. A full page is devoted to the Martin-Baker N5 ejection seat, with flight manual illustrations from left and right accompanied by numbered annotations. But there are also photographic studies all around the cockpit, as well as the exterior. These offer myriad detail, showing antennas, vents, grilles, airbrakes and many more structural features. 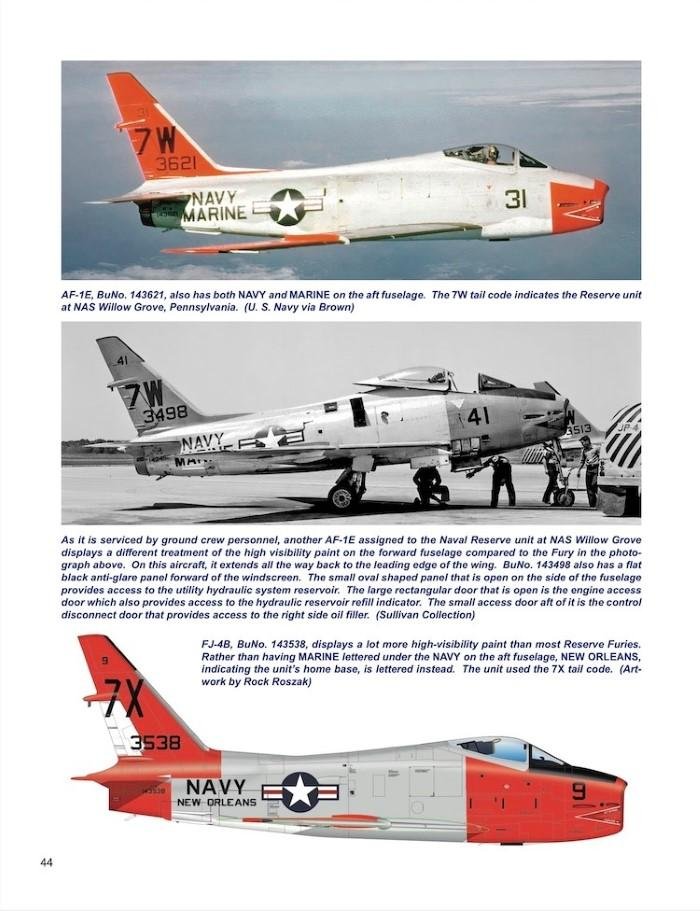 Another boon is that of the 12 colour profiles, which offer much inspiration for scheme selection (the aerial target jets are stunning), but also handy are the underwing stores diagram, unit lists and the modellers’ section at the back, which appraises kits in four scales. 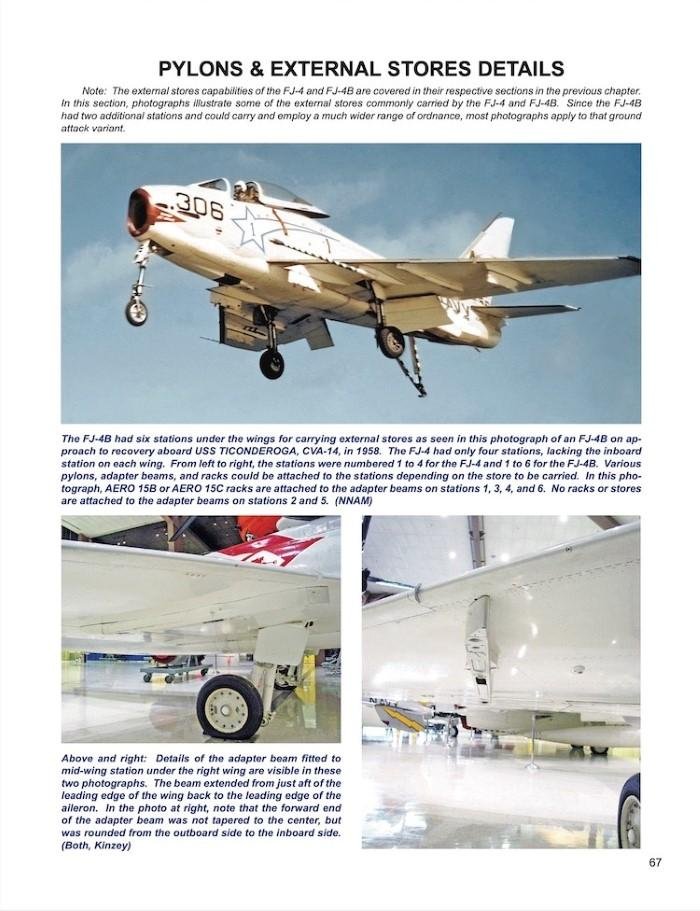 If the FJ-4 and-4B have yet to grace your build list, in 1/72 styrene there has been a -4B from Emhar (re-boxed by Revell in the mid-1990s), while modellers favouring 1/48 have FJ-4 and -4B kits from Hobby Boss. In this larger scale, Matchbox also produced a styrene FJ-4B in 1980, and Grand Phoenix created two mixed-media kits in 2003-4. All-resin replicas of the FJ-4 and -4B by Collectaire were manufactured in 2002, but these and the Grand Phoenix kits are rare, with just occasional appearances on auction sites. Those by Hobby Boss are certainly the most accessible, although they are not without their issues… but these are all highlighted in D&S’s splendid book, which is great value at US$19.99 ($12.99 for digital).

To order, or for more details, visit: www.detailandscale.com 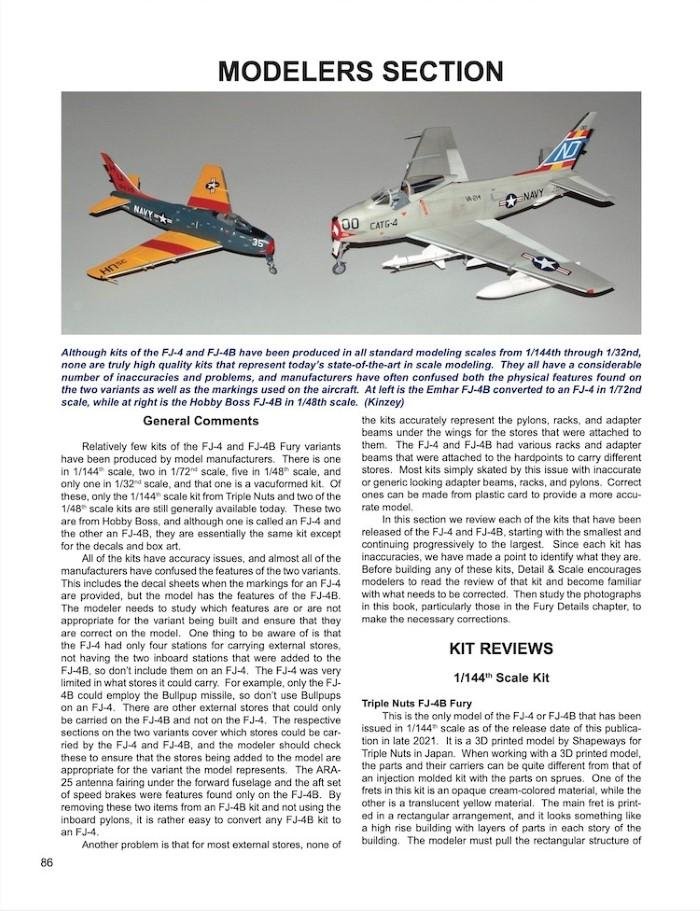