In a new feature, Airfix Model World is offering readers the opportunity to share their completed builds with fellow enthusiasts. See below for details of how to submit your own creations. 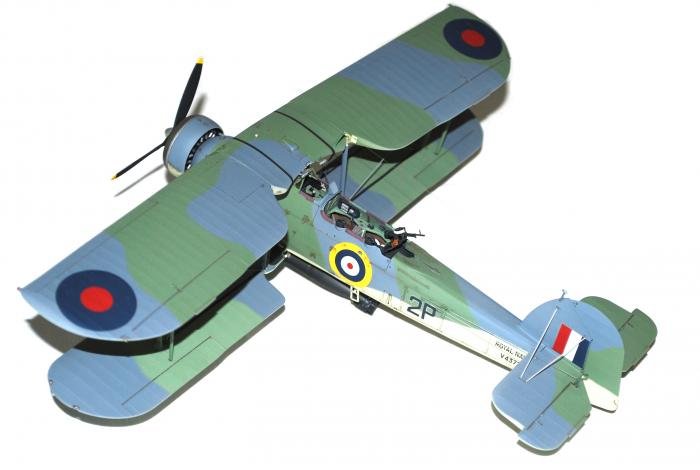 Photo-etched metal rigging was the only addition that Rich Hooper made to Tamiya’s 1/48 Fairey Swordfish – otherwise, the model was built out of the box. The airframe depicted was one of the machines used during the torpedo attack on the Bismarck, flown by Lt AWD Beale. 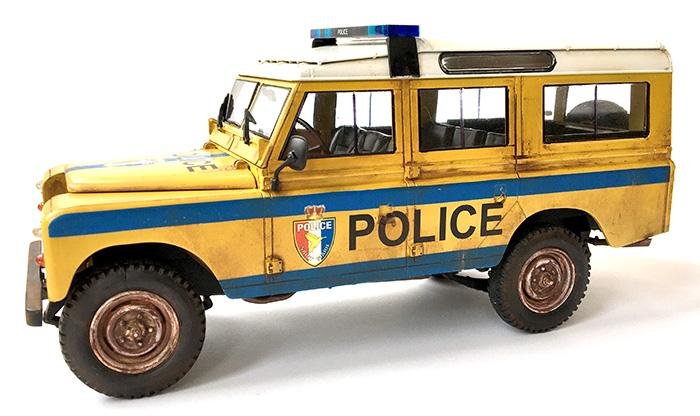 There’s a wealth of potential to build models of small-screen subjects. John Jackson transformed Revell’s newly tooled 1/24 Land Rover Series III LWB into a replica of the police vehicle from TV’s Death in Paradise, set on the fictional Caribbean island of Saint Marie. Accurate unit badges, a rooftop flasher bar and ‘POLICE’ legends were combined with a convincingly weathered finish. 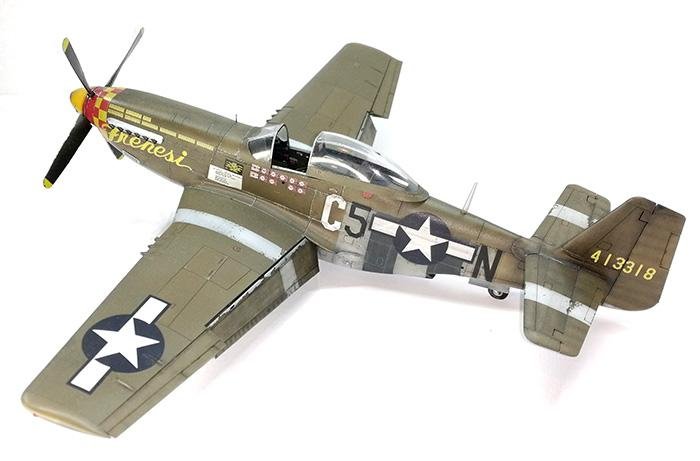 Bernd Korte from Hamburg in Germany built Airfix’s 1/72 Avro Shackleton MR.2, using resin wheels and exhausts from Barracuda, plus Eduard photo-etched metal embellishments. Many hours were spent adding rivet detail, while Xtradecal markings were applied to represent a 42 Squadron airframe based at St Eval, Cornwall in 1953. 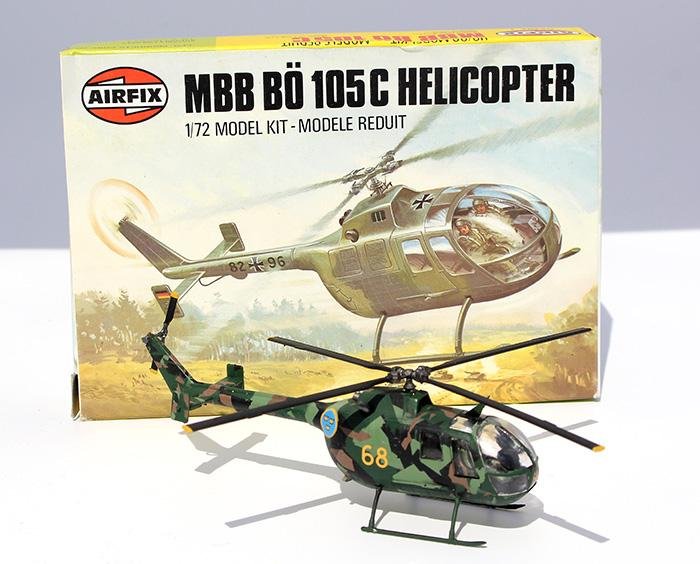 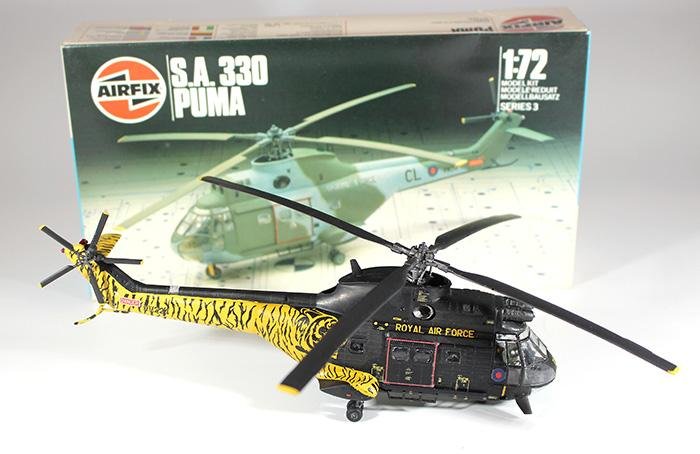 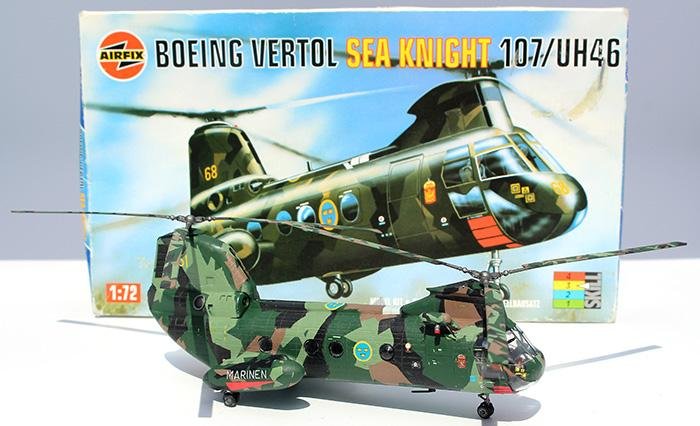 One of the kit-supplied markings options in Aifix’s 1/72 Boeing Vertol CH-46 Sea Knight is for a Swedish Navy machine. Glen Eames’ combination of the kit with its boxtop artwork made for a striking display.

With all of Airfix’s vintage 1/72 helicopter kits in the stash, Glen Eames set a project of building each one for a potential Airfix SIG display – including these Swedish-liveried airframes. 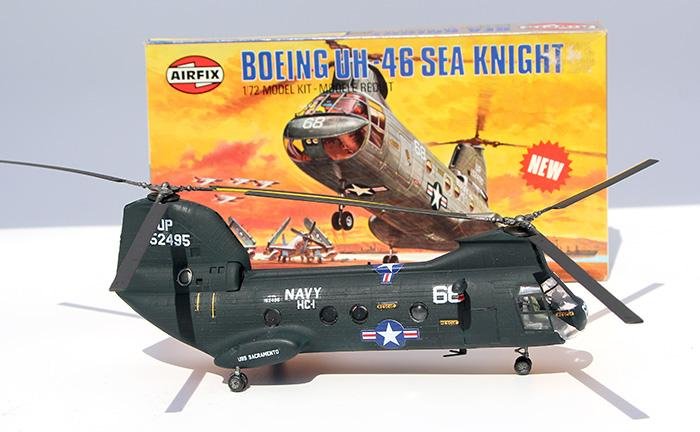 Another of Glen Eames’ classic Airfix 1/72 Sea Knight projects involved the US Navy’s all- black livery as supplied with 1979-1980 boxings. 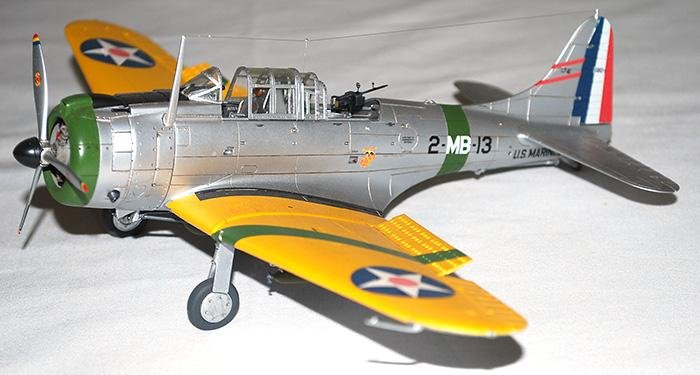 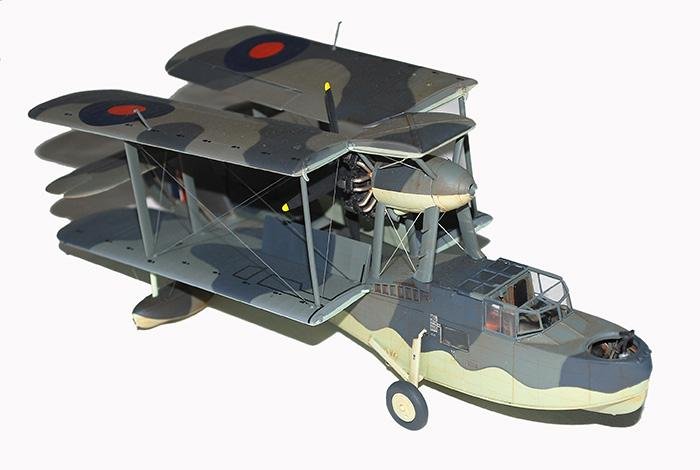 If you’ve recently completed a model you’re particularly proud of and would like to showcase the build, let AMW know! Send a high-quality photo of the model against a white background and tell us about any aftermarket additions or special techniques involved. Up to four per month will be included in the magazine, with more featured each month on Key Model World. Please email your submissions to the editor: stuart.fone@keypublishing.com