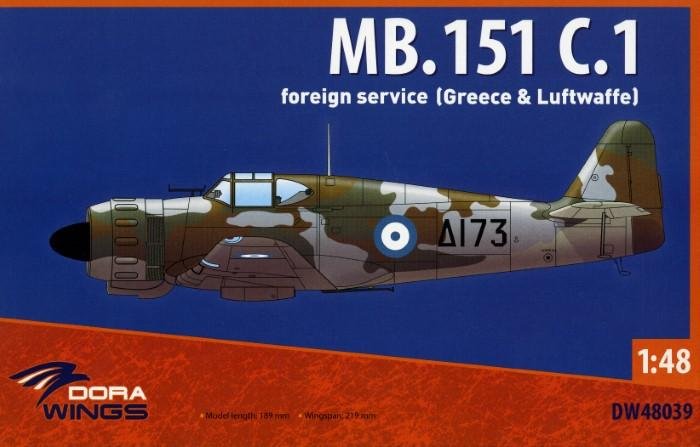 As if the prospect of a Marcel Bloch MB.151C.1 in French livery wasn’t attractive enough, we can now build airframes flown by foreign air arms – specifically the Hellenic Air Force and German Luftwaffe – due to Dora Wings tweaking its original release from 2019. This Ukrainian firm has earned a great reputation for providing less obvious subjects in scale form, and while the kits are decidedly limited-run in format and quality, pleasing models can be built from them. For a build article on Dora’s 1/48 MB.152, see here.