STUDY OF A FLEXIBLE LUFTWAFFE WARRIOR

Crécy Publishing’s new book on the Dornier Do 217 tells how this twin-prop morphed from bomber to stop-gap night-fighter, guided-bomb carrier and recce aircraft. It’s also a reference goldmine for modellers. 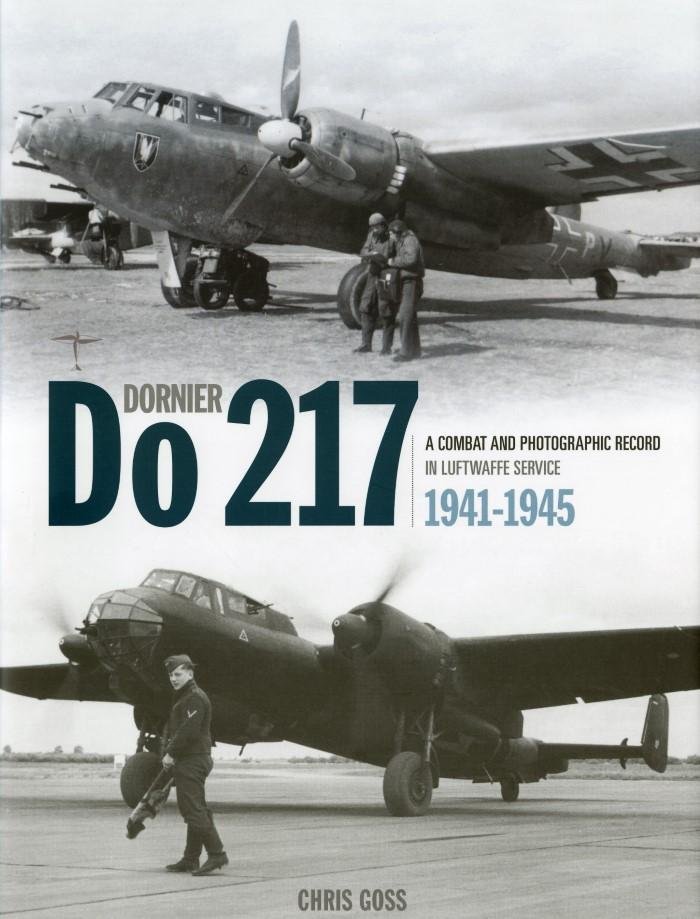 While fighters of the Luftwaffe have always been popular with those in our hobby, the bombers also make fascinating modelling subjects – and none more so than the Dorner Do 217 family. A development of the manufacturer’s Do 17 ‘Flying Pencil’, the ‘217 performed standard bomber duties mostly against British targets, but its crews had to form their own tactics when the aircraft entered service. They also relied heavily on ground control, and night-fighters for protection. But where the story gets more interesting is when different sub-types began to perform other roles… the Do 217 itself adopting the task of nocturnal heavy fighter, as well as toting Fritz X and Hs 293 guided bombs, and cameras for reconnaissance. 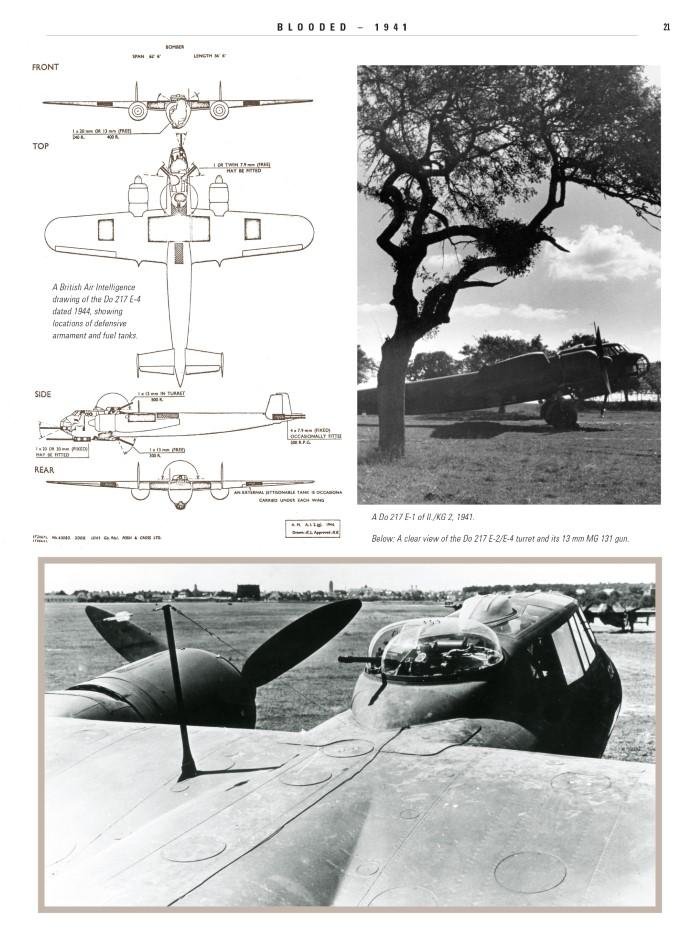 Here author Chris Goss tells the full story of the Do 217 and its crews, incorporating personal accounts, colour artwork and a stunning array of black-and-white period photographs. Missions are explored in detail (including the noted Baedeker and Steinbock campaigns), as are the technical aspects of the ‘217 family sub-types, and the imagery is second-to-none in showing airframe details such as the characteristic rear airbrake, cockpit features, defensive armament and stores.

You can even learn much about the markings of these machines, because many of the photos are exceptional in how they show camouflage patterns, codes, insignia and the like. Arguably, the coverage of the night-fighter variants is the most interesting, via the narrative as well as the images… the latter proving to be real winners in offering visual cues for radar aerial arrays. 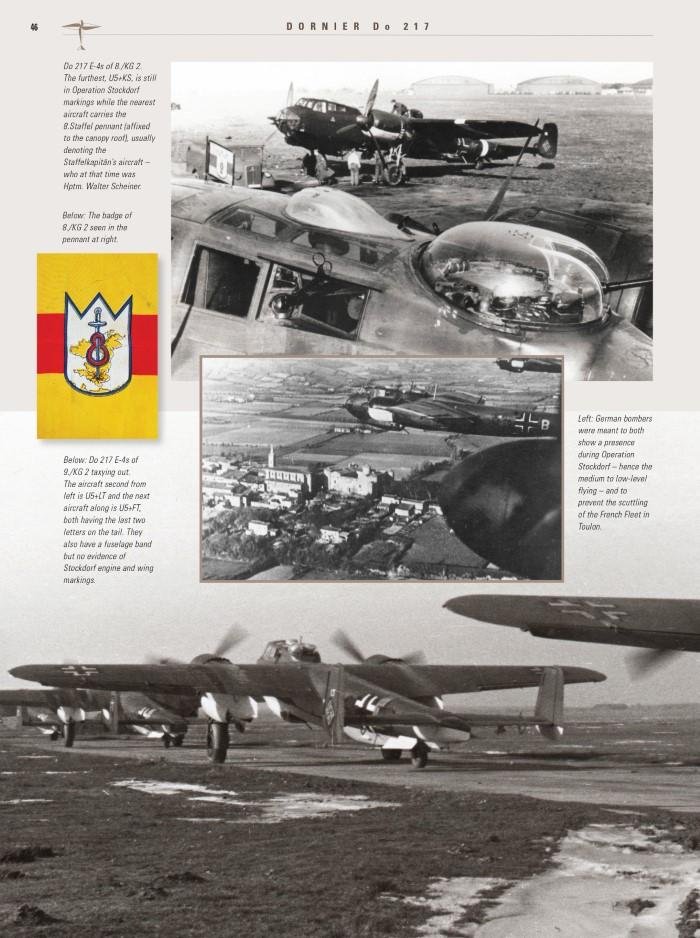 There are also images and text on development/prototype airframes, such as the Do 317 V1 VK+IY, and Do 217 K-03 KE+JC, which formed a Mistel combination with the mysterious-looking DFS 228 high-altitude, rocket-propelled aircraft. 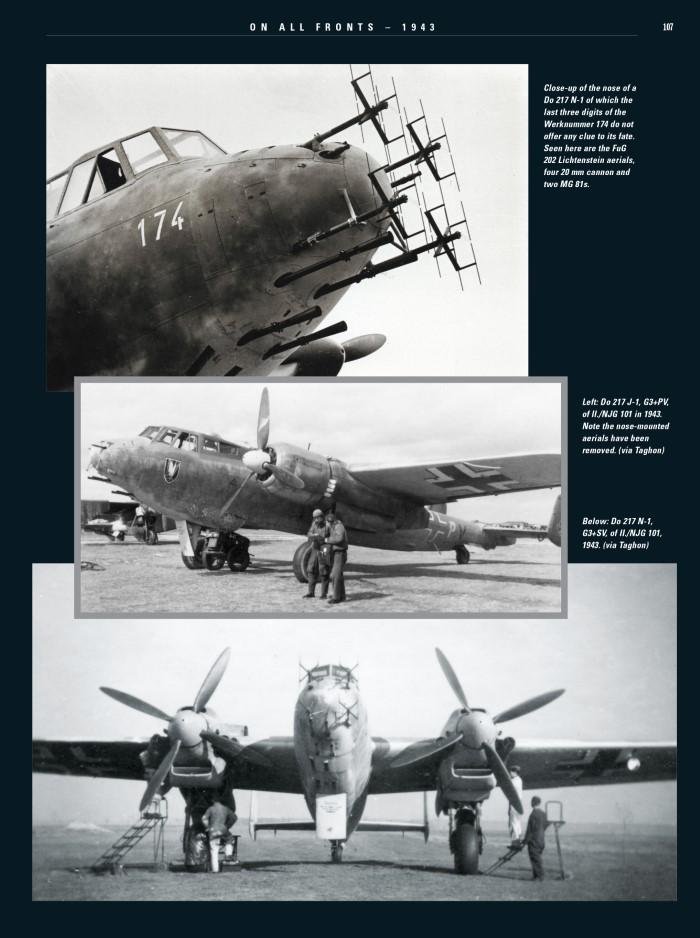 Extensive appendices list the do 217’s combat variants, known operating units, Do 217 pilots who received the Ritterkreuz (Knight’s Cross of the Iron Cross), and Deutsches Kreuz in Gold, orders of battle and losses. This is a stunning hardback, which is excellent value at £35, and invaluable for anyone embarking on Do 217 builds – and there are many kits to explore, such as those by Italeri and Airfix in 1/72, and in 1/48, ICM, MPM, Monogram/Pro Modeler and Revell.

The book is available direct from Crécy under the publisher’s Classic imprint: www.crecy.co.uk 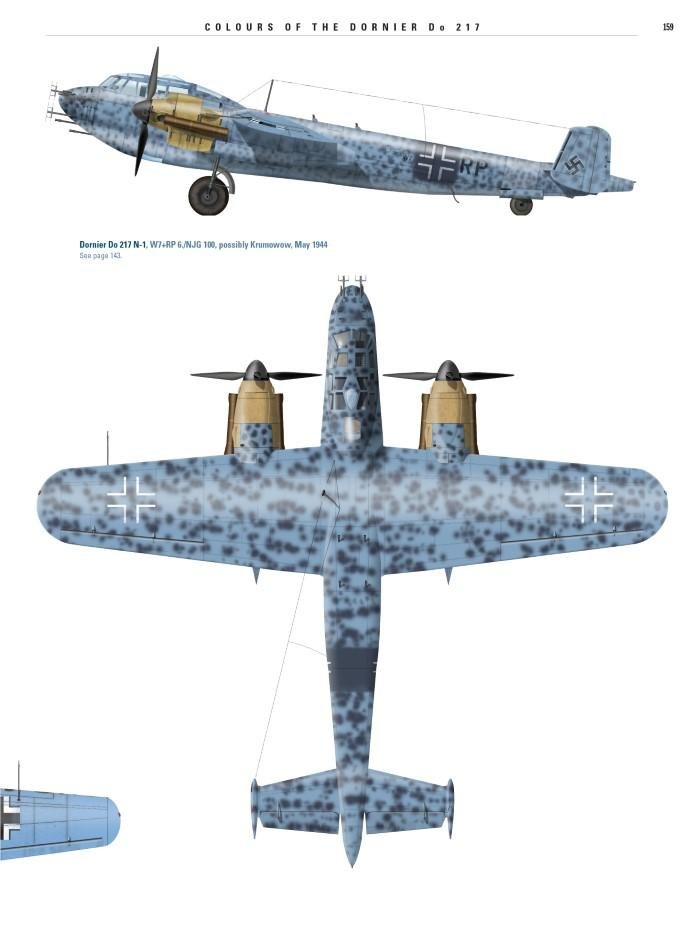