A superb photographic reference on Republic’s F-105 Thunderchief has been released by Double Ugly! Books, under its Fox Two imprint. 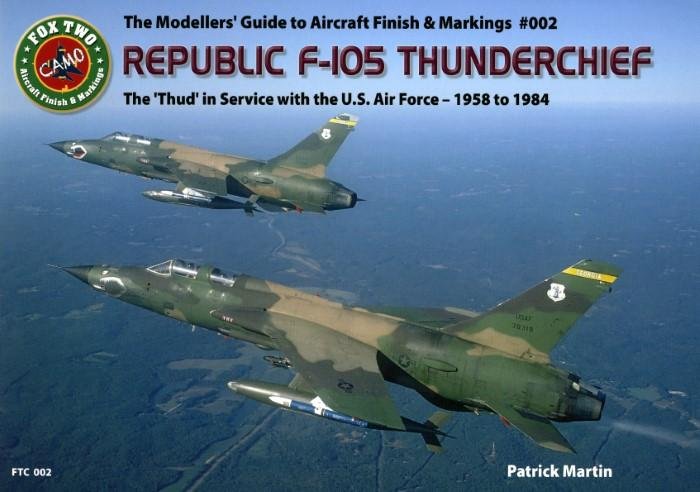 There have been various books published on the F-105 over the years, but this latest product in softback, landscape format portrays the type in some style.

It has a wordy title: The Modelllers’ Guide to Aircraft Finish & Markings #002, Republic F-105 Thunderchief, The ‘Thud’ in Service with the US Air Force – 1958 to 1984. But you simply know it’s going to be good on seeing the front cover image alone.

This is not a wordy historical document, recording missions blow-by-blow. What it most definitely does do is provide a superlative array of fine colour photographs, arguably standing as the ultimate guide for modellers reproducing this storied aircraft in scale form. 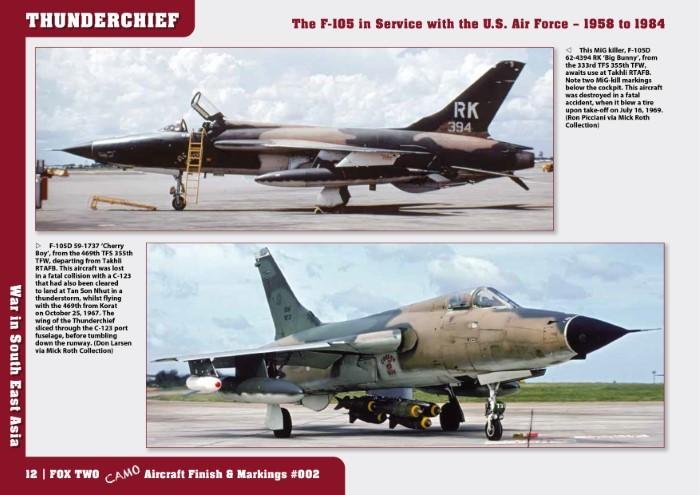 Sure, there’s a potted history of each ‘Thud’ sub-type at the book’s beginning, along with brief narrative on the areas of operation, followed by two-and-half pages listing the user units, with appropriate dates. Beyond that, though, it’s glorious photography all the way. The image collection opens with views of aircraft during the early days of the war in Southeast Asia, parked in revetments, displaying everyday wear and tear, staining, chipped paint, camouflage demarcations of varying widths and the like… the motherlode for modellers who want to flex their finishing and weathering muscles. 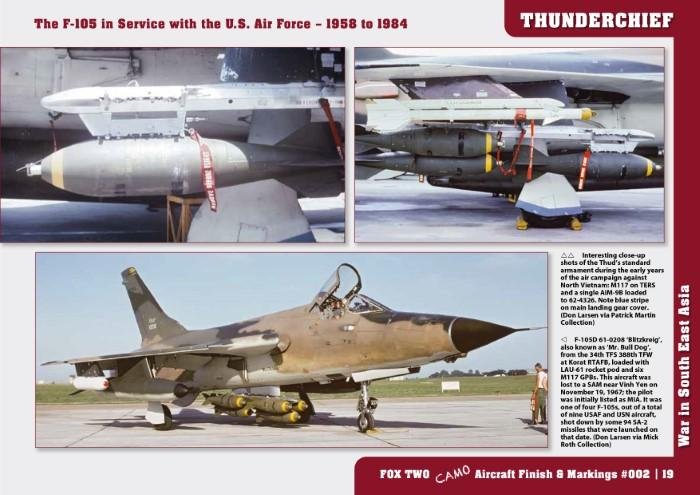 Various examples of artwork are present, most in that favoured area of underside grey, just under the wing air intake. Different stores are evident too and these include traditional Thunderchief weaponry such as the M117 750lb bomb, AIM-9B Sidewinder, and even the M118 3,000lb bomb. One shot shows the more unusual fit of early SUU-30 cluster bombs. And due to coverage of the two-seat F-105F/G, we are also treated to studies of aircraft carrying the AGM-45 Shrike and AGM-78 Standard anti-radar missiles. 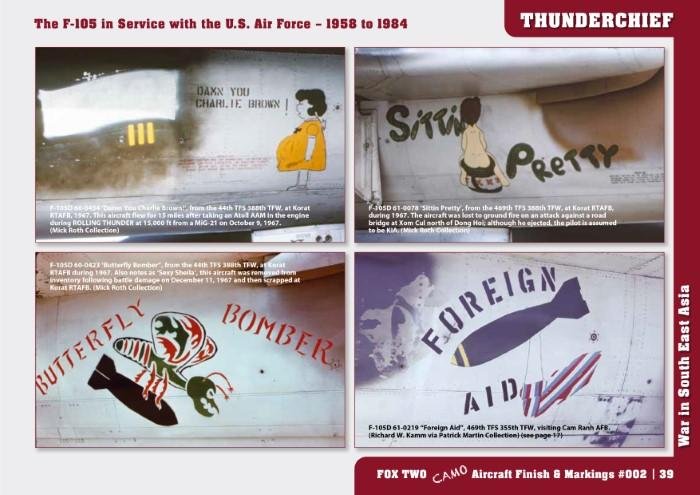 The armament close-ups should be studied in detail as they are so good, and particularly because weaponry is an area in which many modellers make mistakes or don’t expend enough effort; they seem to focus much more on the airframe itself, rather than what is dropped/fired from it.

Post-Vietnam jets also feature, with many photos of USAF, Air Force Reserve and Air National Guard machines in the later wraparound camouflage, including the well-known F-105D My Karma, in its smart European One scheme. Trial liveries are also represented, along with two pages on the Thunderbirds aerobatic team F-105s in polished metal, and even a very rare overall grey test airframe. 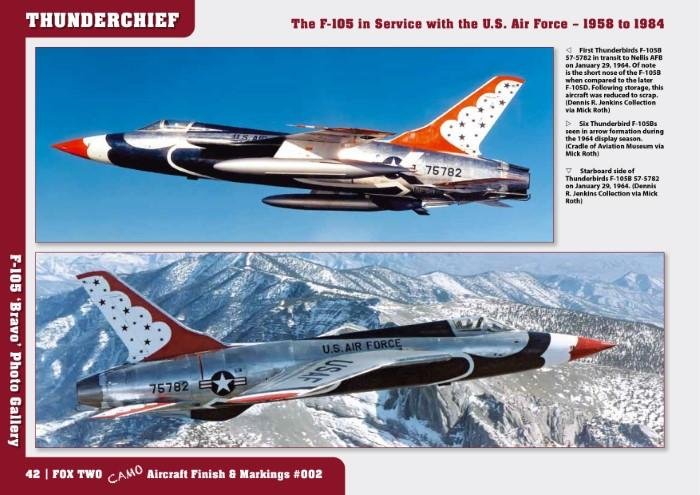 All photos have captions offering useful information, and the 138-page book closes with eight pages of colour profile, plan and underside illustrations, showing camouflage patterns, with notes on Federal Standard codes.
Priced at 32.95 €, this is an unmissable reference for die-hard ‘Thud’ fans, or anyone new to the subject that wants plenty of visual cues in one ‘hit’. To order visit: www.shopofphantoms.com 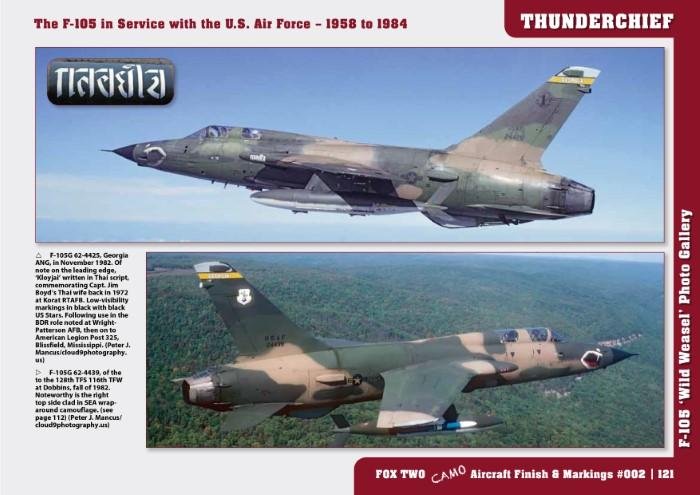 If you’ve never built a Thunderchief before, note that the following manufacturers have produced relevant styrene kits: