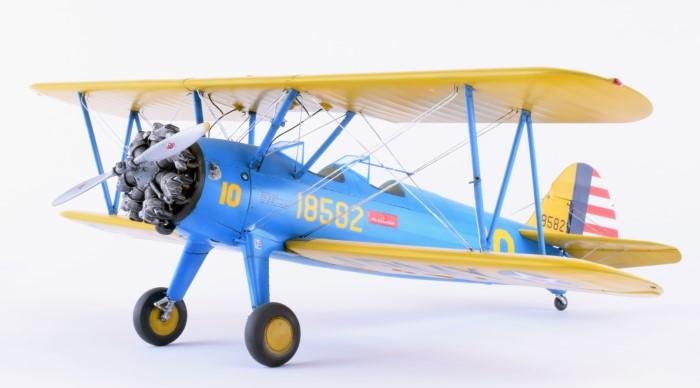 Boeing’s Stearman is instantly recognisable, with a pedigree that spans at least eight decades and more than 10,000 aircraft built. Designed as a trainer for the United States Army Air Corps (USAAC), it first flew in 1934 and is still used today, across the world, for pleasure flights – often seen at air shows in the striking blue-and-yellow training livery it became associated with. The type was a cheap option for training pilots for the USAAC/USAAF, United States Navy and Royal Canadian Air Force – it gained the ‘Kaydet’ nickname from students.