TIGER ON THE RAILS

TIGER ON THE RAILS 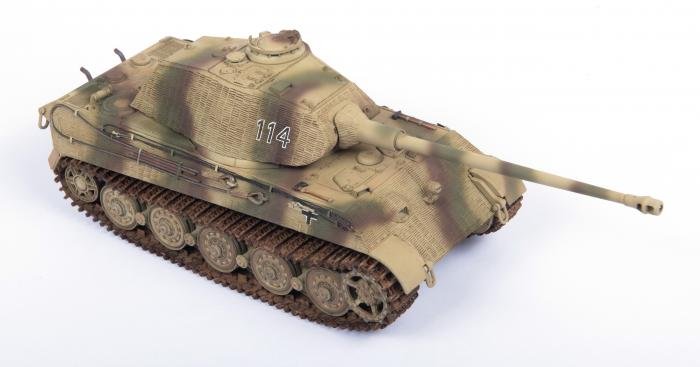 Often referred to (somewhat erroneously) by Allied forces as the King Tiger, the Panzerkampfwagen VI Tiger Ausf..B or Tiger II is one of the most famous World War Two tanks, despite fewer than 500 being manufactured.

Thick armour and a highly accurate and a powerful main gun made for a formidable weapons system, but despite being manoeuvrable, it suffered from being underpowered. The type was designed and built by Henschel; the first 50 examples were equipped with an ‘early-style’ turret referred to as a Porsche design by Dragon, but according to some sources, both this and the later turret shape were actually designed by Krupp. These initial turrets had the disadvantage of a shot trap under the main gun, plus a complex shape leading to higher manufacturing costs and less interior space – remedied by the later, simplified design. Tiger IIs were deployed initially in Normandy, France, to counter the Allied landings and then served in limited numbers until the end of the war. 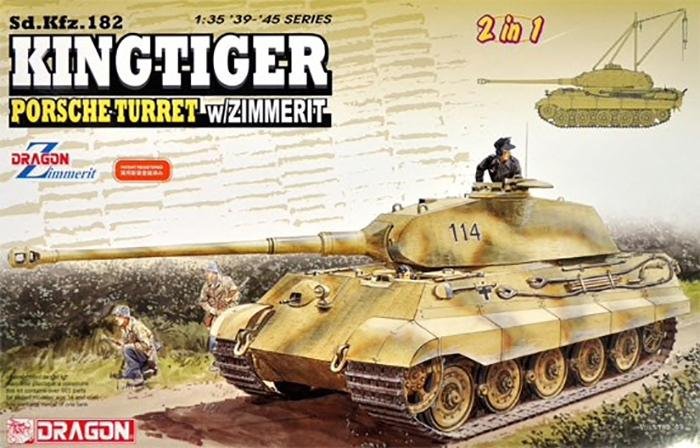