Having produced many 1/35 Panther kits over the years, Dragon’s latest effort portrays a Befehlswagen command tank, as CHRIS CLIFFORD reports. 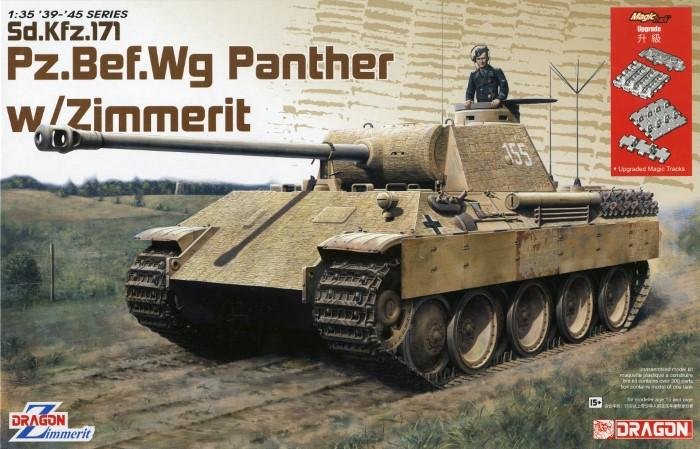 Experienced military modellers may have lost count over the number of Panthers issued by Dragon. The company has produced Ausf.G, A and D versions, and it’s the Ausf.D series that has attracted its attention again via new kit 6965, Pz.Bef.Wg Panther with Zimmerit. The snappy prefix stands for Panzerbefehlswagen (command tank), so the variant is equipped with three different communications antennas, the rear-most being of the ‘star’ variety.