Today it is hard to appreciate the level of excitement that surrounded the introduction of the Hornby Dublo range in 1938 which was the world’s first affordable table top model railway system for the British market. EVAN GREEN-HUGHES reviews its story. 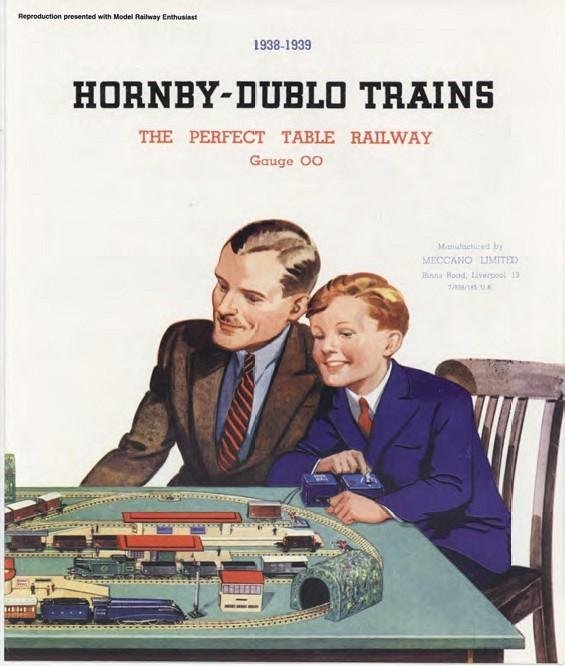 The first catalogue for Hornby Dublo’s ‘Perfect Table Railway’ arrived in 1938, but production was brought to a temporary halt by the Second World War

HALF THE SIZE of the tinplate ‘O’ gauge products and infinitely more detailed and realistic, the genesis of Dublo was a European-wide movement to smaller scales, which had seen firms such as Märklin produce locomotives, rolling stock and track which could be built up into complete layouts occupying less space than before and were better suited to the smaller houses of the majority of the population.