Although a staple of the East Coast Main Line for the last three decades the Class electrics are now coming to the end of their illustrious careers, during which time each has covered more than seven million miles, as EVAN GREEN-HUGHES reports. 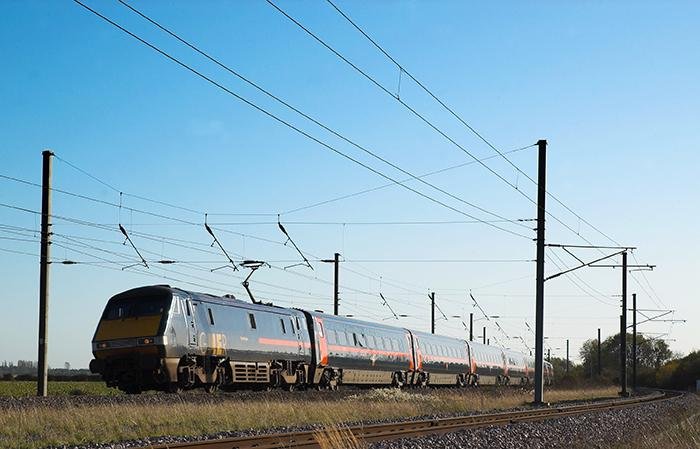 Above: GNER blue liveried Class 91 91116 Strathclyde speeds north at Helpston on November 7 2005 with its pantograph stretched to pass over the level crossings in this area.

IN THE MID-1950S, when British Railways announced plans to modernise the country’s railways, one of the proposals was the electrification of the East Coast Main Line (ECML) between London and Scotland. It took more than 20 years for this to get under way, and a further 15 for it to be completed. However, as the programme gathered pace, attention turned to sourcing suitable rolling stock to run under the wires. The new trains needed to be faster and more powerful than the diesel High Speed Trains (HSTs on the route to meet the improved timings and higher speeds proposed by the railway’s commercial department.