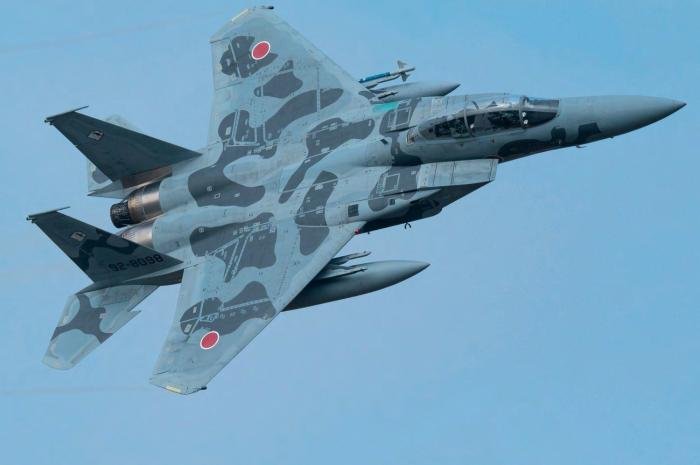 F-15DJ 92-8098, of the JASDF Tactical Fighter Training Group, sports what has become known as the Blue-Ringed Octopus aggressor camouflage scheme; said aquatic animal can be found along the shores of Amami and the Okinawa Islands, and are known to have deadly poison.
(All photos by Yoichi Kokubo unless stated)

The McDonnell Douglas F-15J/DJ Eagle was the fourth-generation jet fighter to equip the Japan Air Self Defense Force (JASDF), following the F-86F Sabre, F-104J Starfighter and F-4EJ Phantom II. Mitsubishi Heavy Industries was assigned as the main construction contractor, with numerous other firms participating on the project.

Heavy Industries was responsible for producing the F100 Turbofan engines under licence.

Not just an Eagle