If you’re seeking different markings for your Eduard 1/48 P-51D kit, then it’s well worth considering the firm’s own decals, as it has recently released several markings sets on the type. 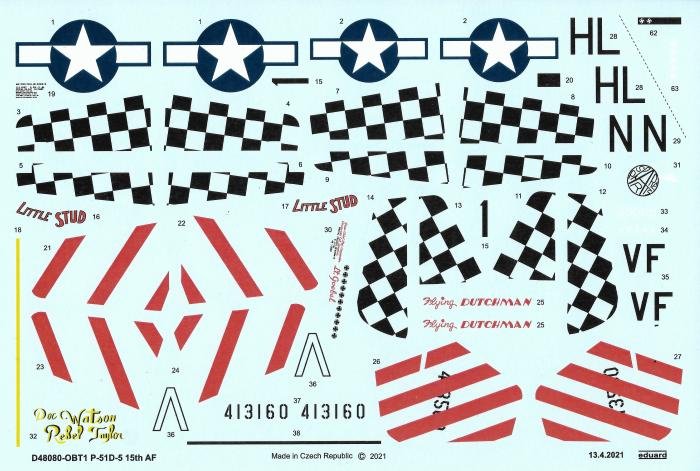 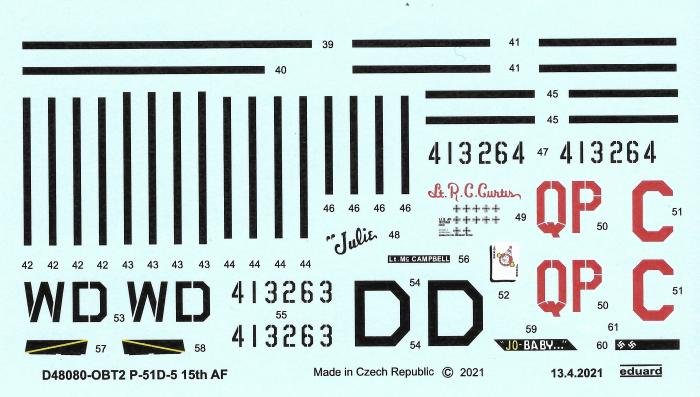 This particular sheet (D48080) provides decals for five 15th Air Force P-51D-5 airframes – these are early examples, without the tail-fin fillet and all are clad in natural metal finish, with a red spinner and intake to represent its assignment, plus colourful unit and theatre markings. Squadron-associated stripes and chequers (although just the black sections for the latter) are all supplied, along with the black edging strips for the 52nd Fighter Group fuselage and wing bands. Similarly, there are national insignia, aircraft serials, names and artwork included, but modellers will need to use the kit markings for the various airframe stencils.

Visit www.eduard.com for more details and to buy direct for £5.20.