The stunning 1/48 P-51D first released by Eduard in 2019 has been reboxed with fresh markings and mixed-media extras. 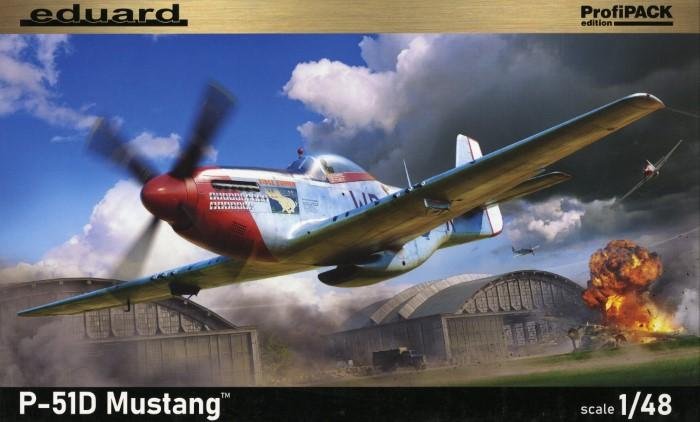 If you have yet to partake in a ‘quarter-scale’ Mustang from Eduard, you are arguably missing out. It’s a sublime kit with a feast of detail inside and out. Ever keen to extend its range, Eduard has now re-boxed the parts as a ProfiPACK product (82102), which also offers plain and pre-coloured photo-etched (PE) metal details and self-adhesive tape masks.

Many of the runners are generic, and you get a choice of under-wing fuel tank styles, (cellulose and metal), separate ailerons and flaps, a highly involved main undercarriage bay and a busy cockpit. Said ‘office’ benefits from alternative styrene instrument panels with moulded detail, or you can employ the coloured PE examples provided. Other choices include radio antennas and exhausts, depending on which particular airframe you wish to build. 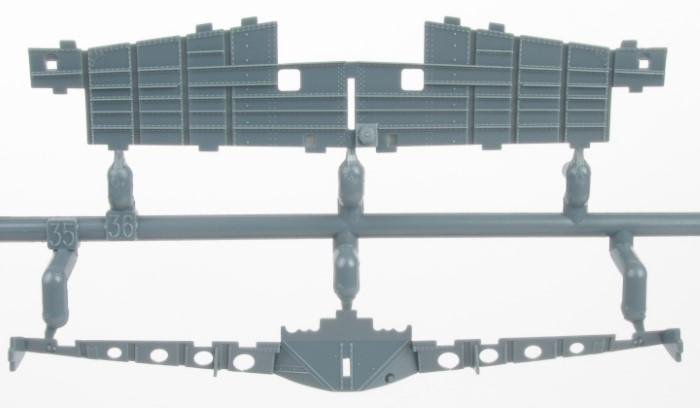 Weaponry comprises bombs, HVAR rockets and M10 triple rocket launchers, but the HVARs were carried by just one of the Mustangs shown on the instructions. It’s doubtful any of the Eighth Air Force P-51s included carried air-to-ground stores, so you’ll have handy spares for other projects.

The decal sheet carries markings for several famous P-51Ds, as well as lesser-known airframes, but all the pilots were aces of varying success; Eighth, Ninth and Fifteenth Air Force machines are represented (see below for the colour scheme sheets). If you're in the market for a refined Mustang this kit is certainly good value, priced at £22.54 direct from Eduard: www.eduard.com 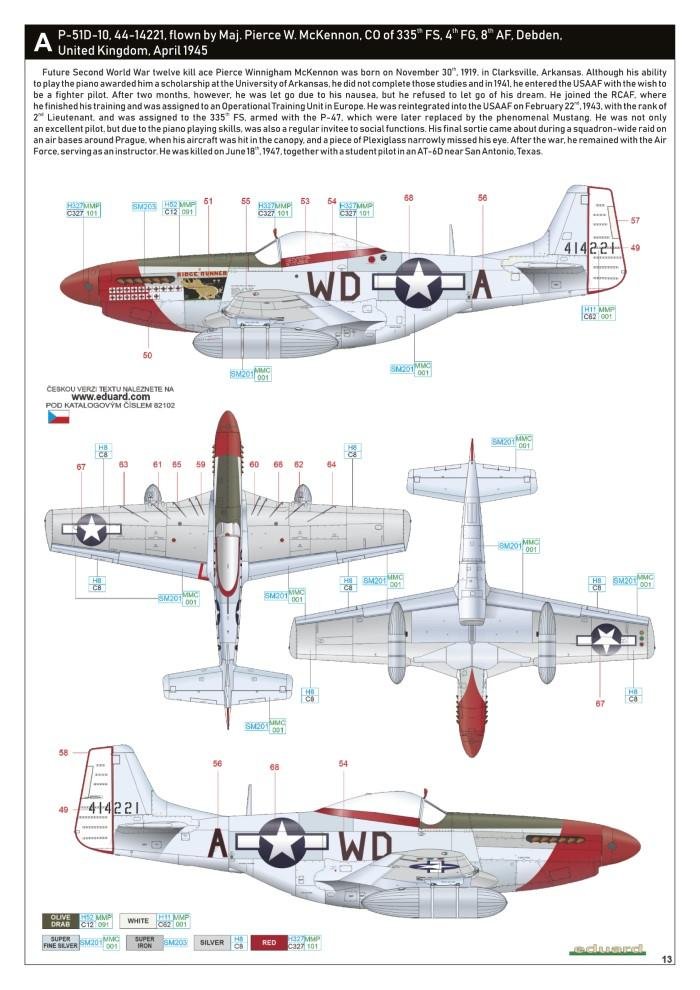 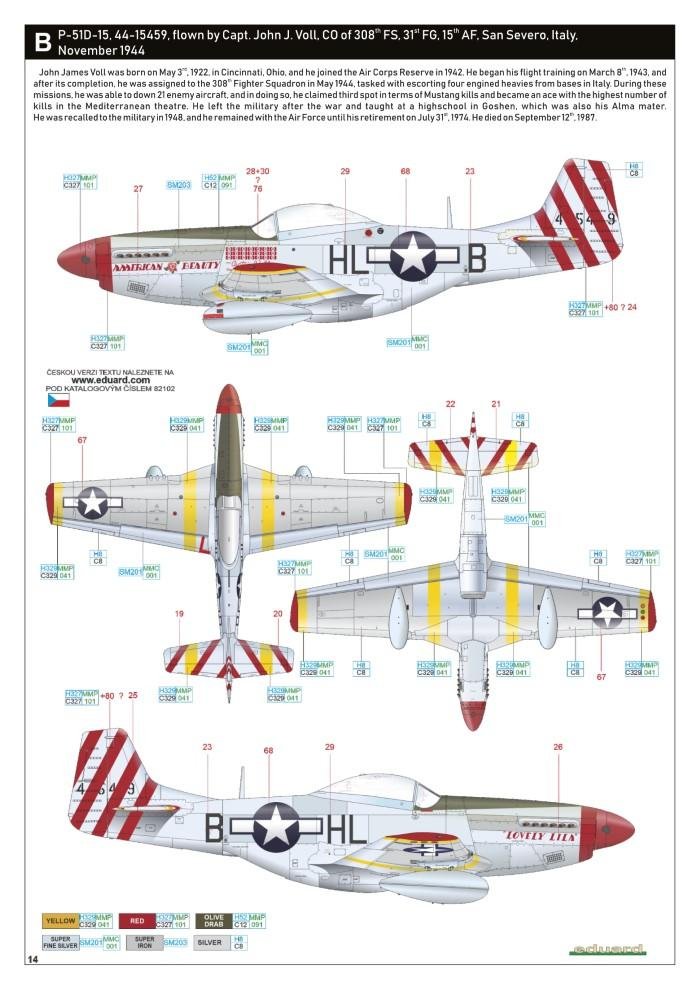 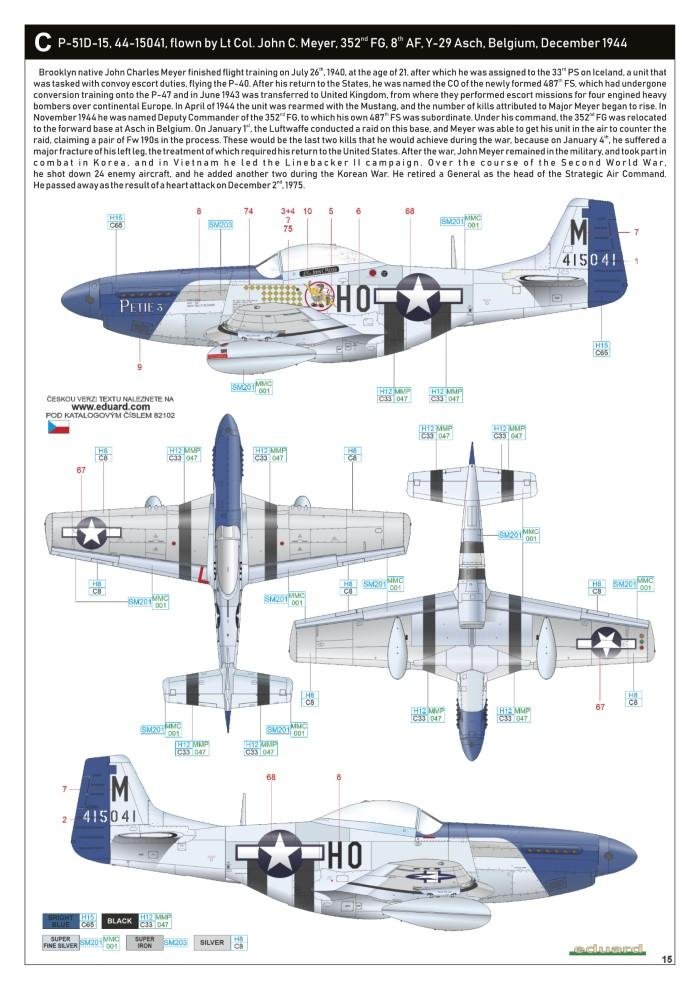 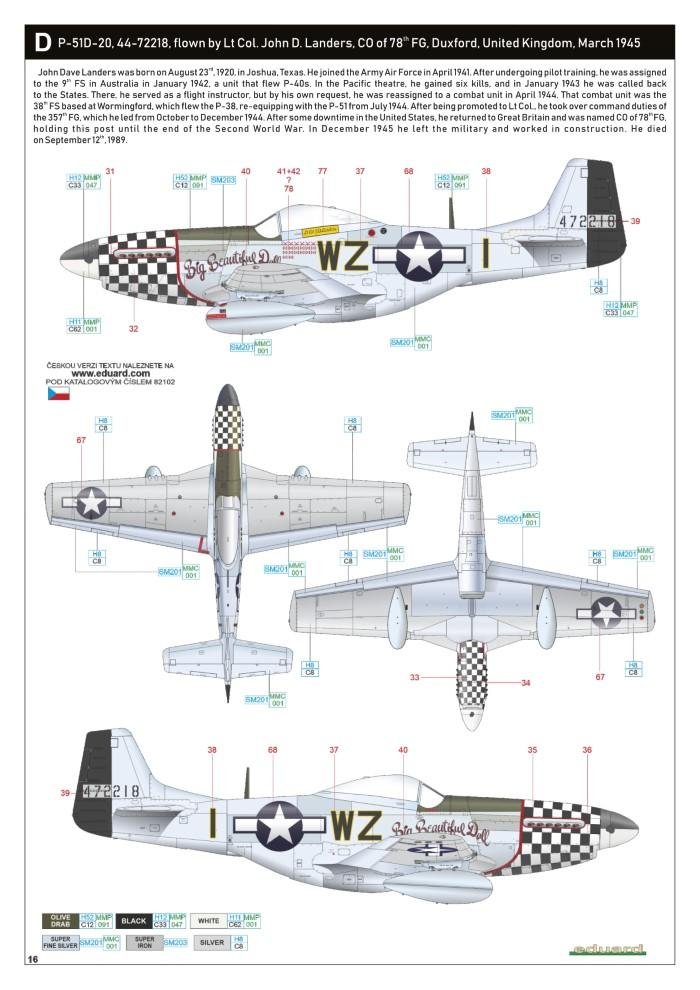 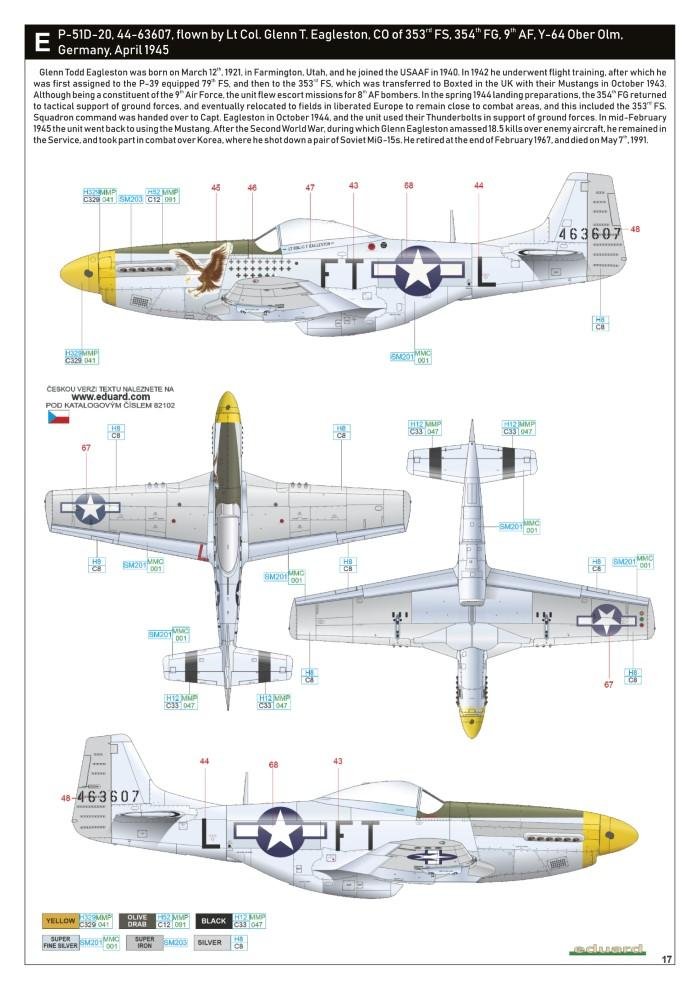 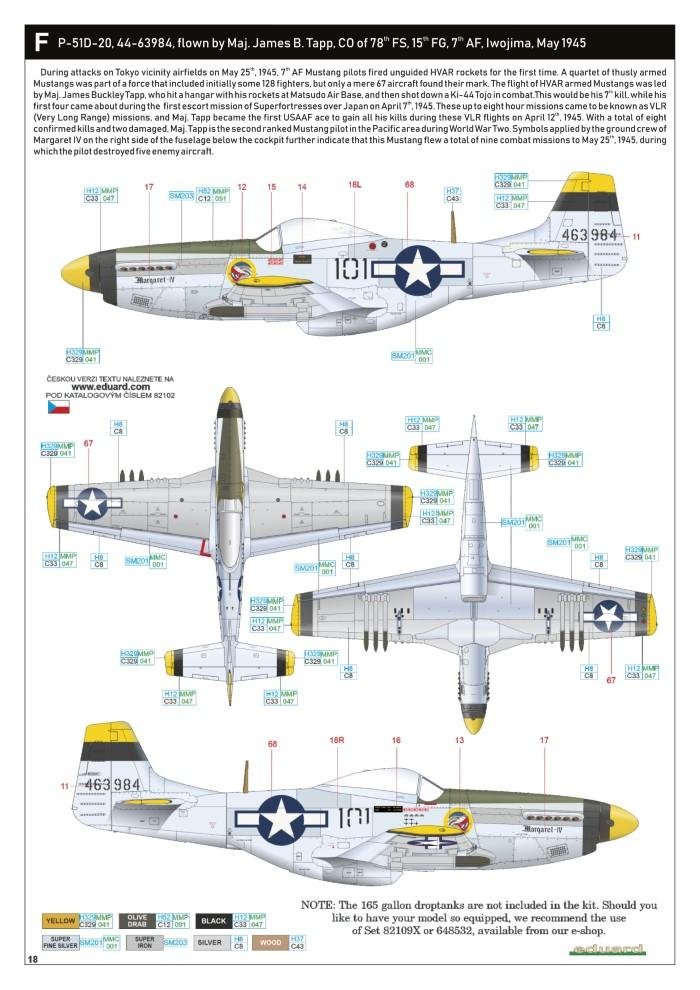