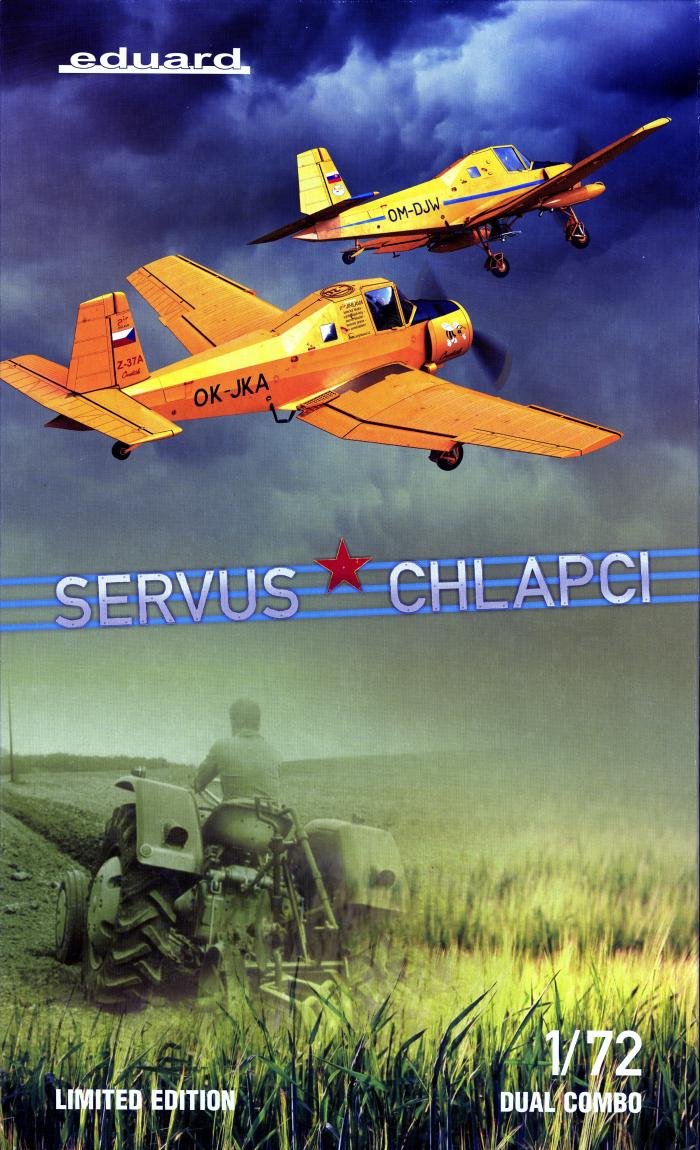 This initial limited-edition two-kit offering (2131) comprises three styrene runners and a pre-painted photo-etched metal fret for each model, with a single canopy mask sheet and a resin pilot figure. All parts feature fine engraved and raised detail as required, and the spartan cockpit interior is replicated faithfully, along with the type’s spray tanks and dispersal nozzles. Options appear limited to just an open/closed window for the pilot’s ‘office’.

There are 12 colourful schemes, most of which are predominantly yellow, with several sporting striking artwork. These include the inspiration for the set’s Servus Chlapci (Hello Boys) title, as this was how a character played by Slovakian comedian Július Satinský greeted a group of angry farmers in the 1985 Czechoslovakian film My Sweet Little Village. This will make for an eye-catching display at any show, is good value for money at just £23.94 and it’s great to see agricultural subjects being catered for by manufacturers.

Additional information on this and other Eduard releases is at: www.eduard.com