With the release of Airfix’s newly tooled 1/72 Mosquito B.XVI fast approaching, here is a preview of the kit’s contents, in preparation for next month’s exclusive build feature. 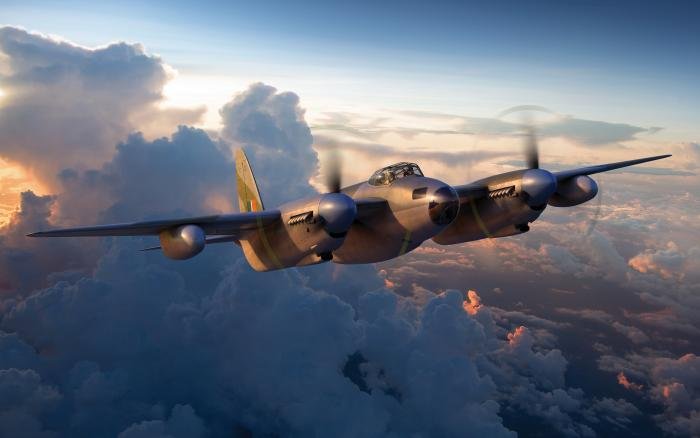 Given the subject’s popularity among aviation enthusiasts and modellers alike, it’s perhaps surprising that this is the first styrene kit of this variant in the scale and just the second (after Matchbox’s 1976 offering) to feature two-stage Merlin-configured nacelles. There are seven styrene runners in all, with one frame supplying transparent parts including a choice of ‘blown’ or bulged side panels. Internal and external moulded detail is to the firm’s recent high standards, with the cockpit sidewalls notable for their refinement (see photo), plus there’s the usual choice of raised or lowered undercarriage. There’s also a neat touch in the shape of a masking ‘plug’, designed to fit the open wheel wells when painting, while the familiar combined floor/wing spar ensures a robust structure and correct dihedral. The bomb bay is a faithful replica, with the ‘overhead’ fuel tanks above the munitions attachment points, and four 500lb bombs are included. Markings are also included for ML983/8K-K, a 517 Squadron pathfinder and ML957/HS-D, a 109 Squadron aircraft. 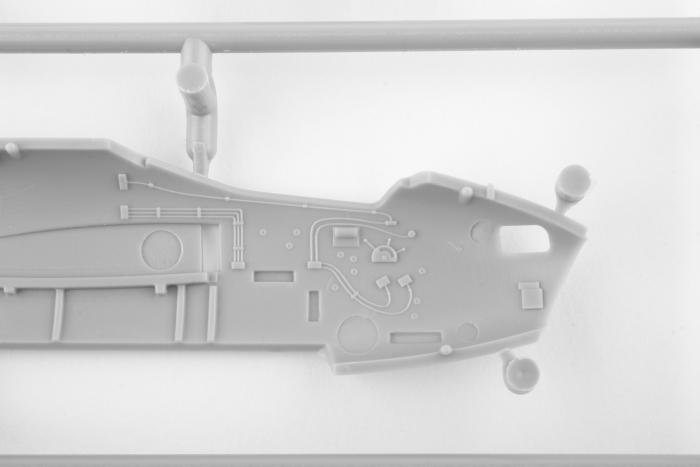 Above and below: Interior detail on both fuselage halves is excellent for the scale, including wiring looms, throttle quadrants and side-mounted instrument dials. 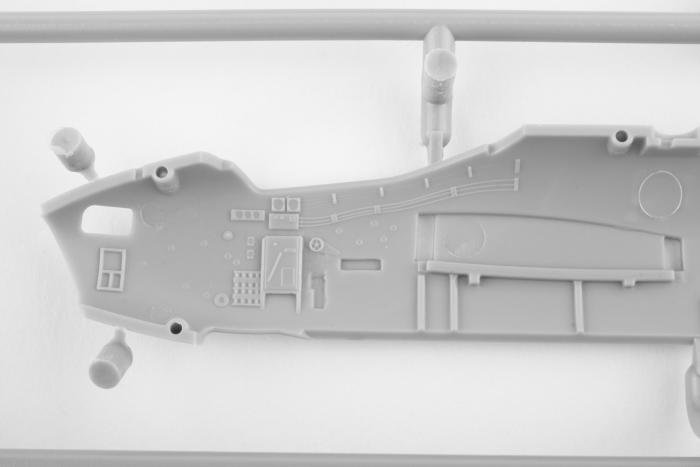 Airfix scanned a TT.35 airframe when researching this kit, and that’s where one slight ‘gotcha’ creeps in, as the bulged bomb bay doors (which should be smooth on a B.XVI) feature the raised fittings associated with the target tug, although it would be a simple matter to file/sand these. That aside, the detail is arguably on a par with the likes of Tamiya’s single-stage Merlin-powered Mosquito offerings, making it likely to be a popular choice with modellers. 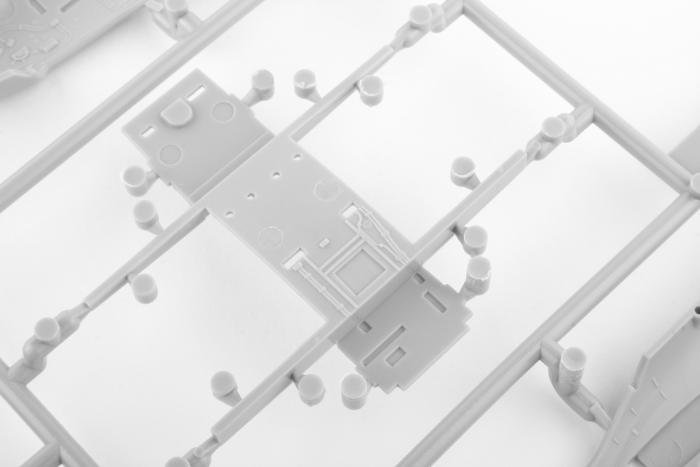 Above: A rugged wing spar and interior ‘floor’ ensures a strong structure and correct parts alignment, providing attachment for fuel tanks and bombs. 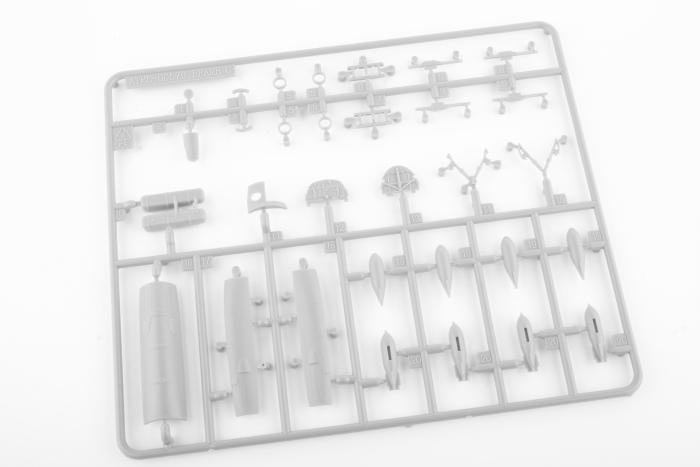 Above: Airfix has provided a standard load of four 500lb bombs, with a choice of open/closed bay doors – note these have fittings for a TT.35 variant, which must be removed for a B.XVI.

More on this and other Airfix kits is at: www.airfix.com 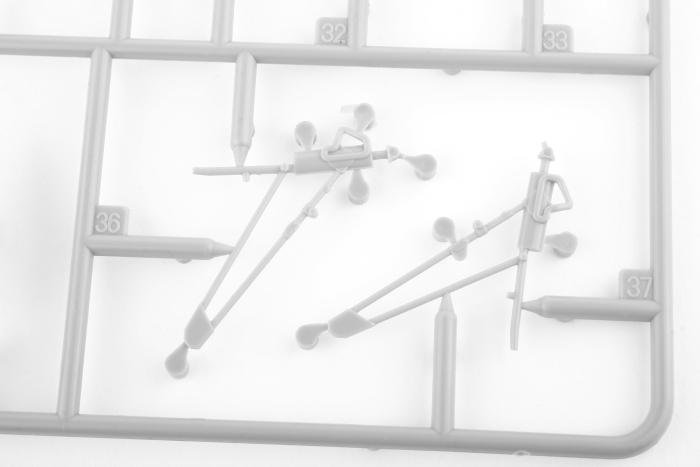 Above: The Mosquito’s stalky undercarriage is replicated faithfully with single components for each side of the ‘legs’, although the presence of numerous injection moulding stubs will require neatening. 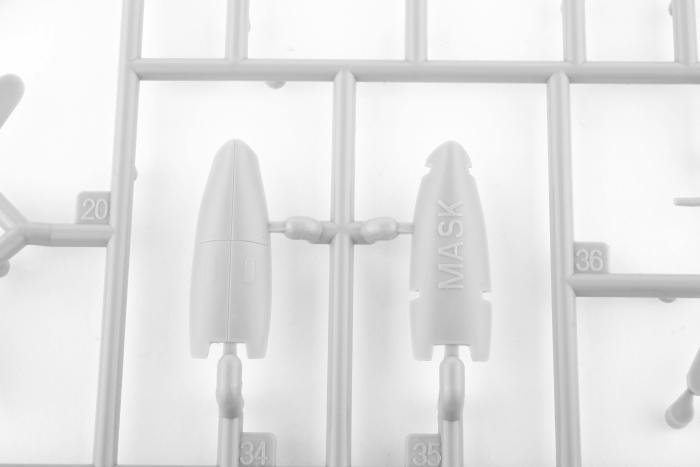 Above: Here’s a neat touch – on the left the doors used for when the undercarriage is raised, and on the right a styrene mask ‘plug’ to aid painting. 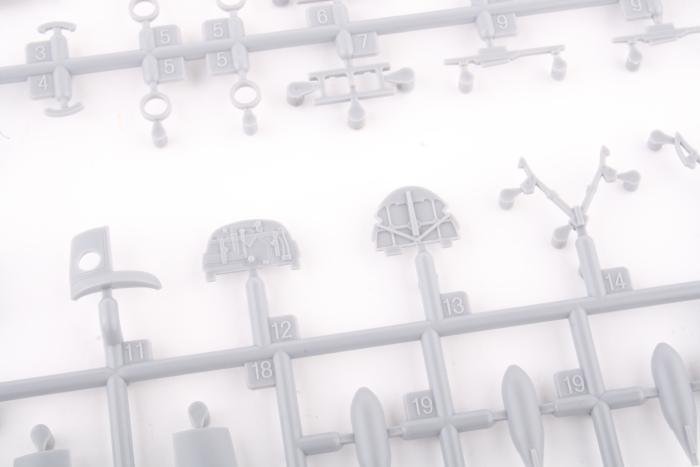 Above: Gone are the days of hollow undercarriage and bomb bays, and the new Mosquito sports highly detailed front and rear bulkheads for the latter. 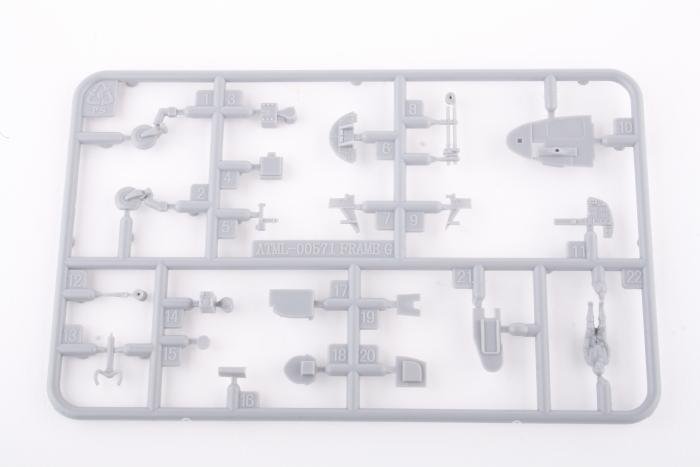 Above: Similarly, the cockpit interior (with most parts supplied on a single runner, simplifying the task of locating them) is superb, including representation of the type’s radio equipment for the rear ‘shelf’. 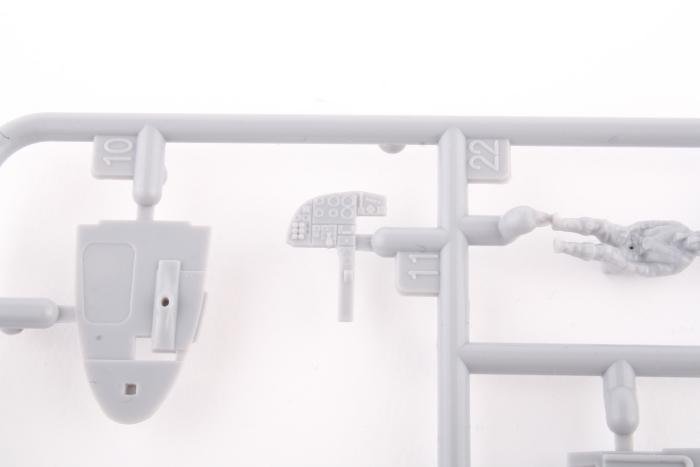 Above: The instrument panel’s integrally moulded dials allow modellers to just paint and then dry-brush the raised elements to produce a convincing appearance, although decals are supplied for the dial faces 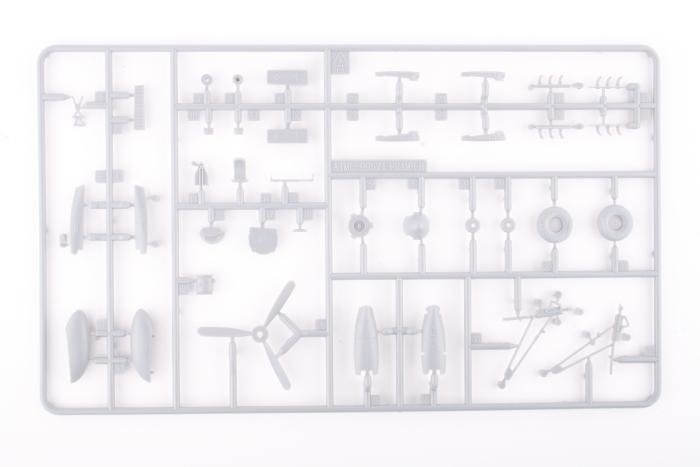 Above: Duplicate runners are provided for parts such as the external fuel tanks, undercarriage and engine exhausts. 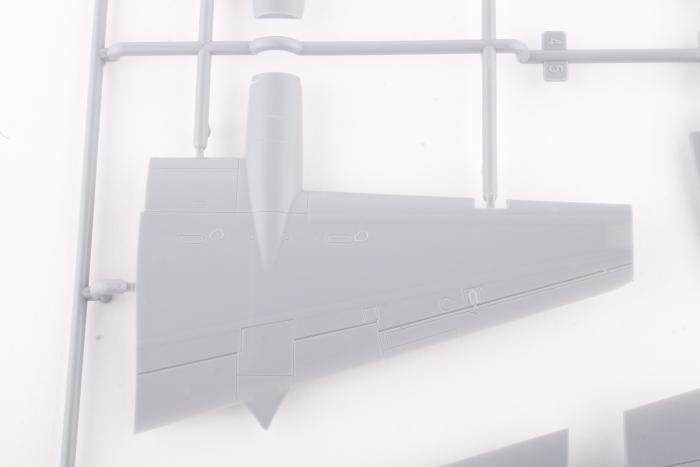 Above and below: Airfix’s attention to detail extended to replicating both raised and engraved features on the wings, just as on the full-size aircraft. 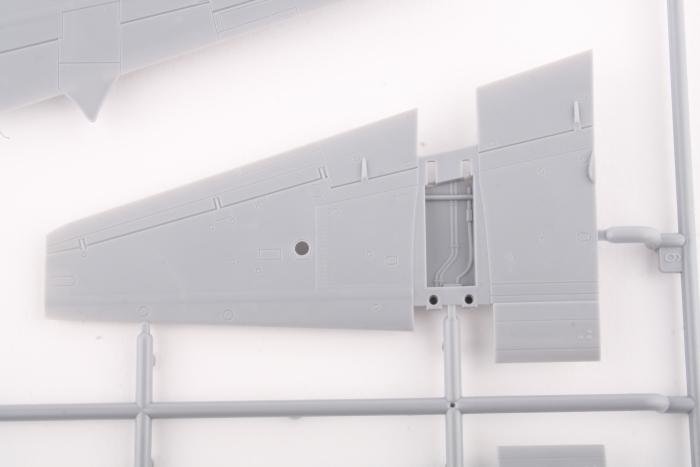 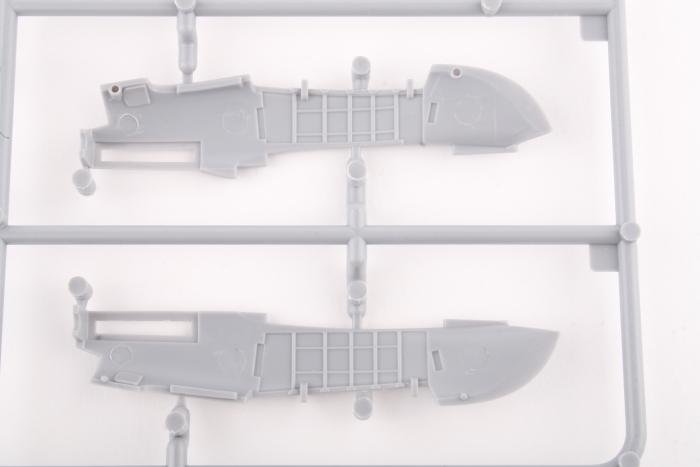 Above: The nacelles befitted from interior framework detail on the undercarriage bays – note the inset tabs for the front and rear bulkheads to ensure the correct alignment.