Consider yourself a Falklands expert? With the 40th anniversary of the conflict being marked this year, why not test your knowledge on this storied subject?

Argentine unit Grupo 8 de Caza lost two examples of which aircraft on May 1, 1982?

What was the nickname of the Westland Wessex helicopter flown by 737 Naval Air Squadron’s HMS Antrim Flight?

Who was detachment commander of the RAF’s Avro Vulcan force on Ascension Island?

Which aircraft type was flown by Flt Lt Tony Harper during the conflict? 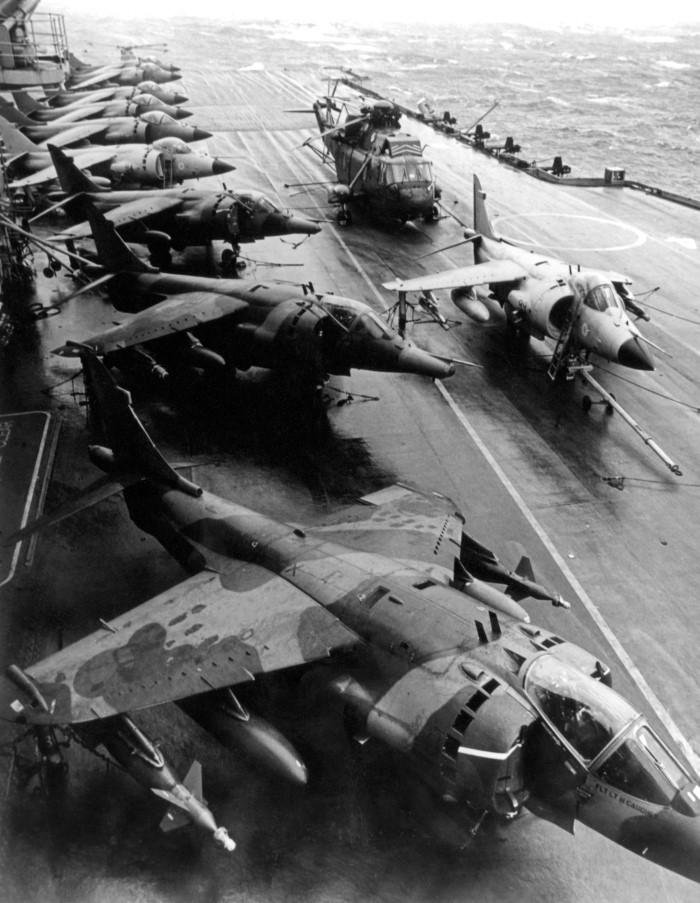 What are the stores on the outboard pylons of the nearest Harrier GR.3, in this view aboard HMS Hermes, on May 19, 1982?

HMS Exeter fired which weapon to down an Argentine Learjet on June 7, 1982?

What was the codename of 2 Para’s Col ‘H’ Jones?

The Exocet missile was employed by which Argentine aircraft during the conflict? 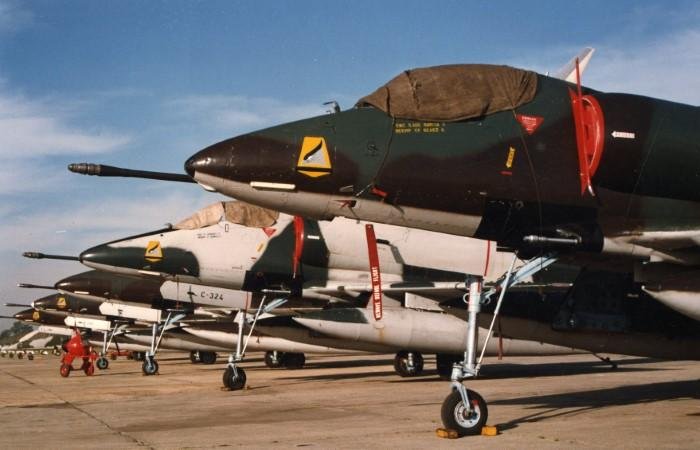 The Argentine Skyhawk C-214 (above) nearest to the camera flew eight missions in the Falklands, attacking HMS Broadsword and Sir Tristram. Which sub-type was it?

Scimitar and Scorpion CVR(T) vehicles were employed by which British Army unit on the Falklands?

Which anti-radar missile was fired in anger during the conflict by the RAF Vulcan force?

Royal Navy Petty Officer J A Balls aimed an AS.12 missile fired from a Westland Wessex at which target, in a bid to neutralise the Argentine General Menendez and his staff?

0-25% What a shame you don’t know more about this pivotal point in British military history.

76-100% A superb performance… you really know your stuff on the fight for the Falklands!