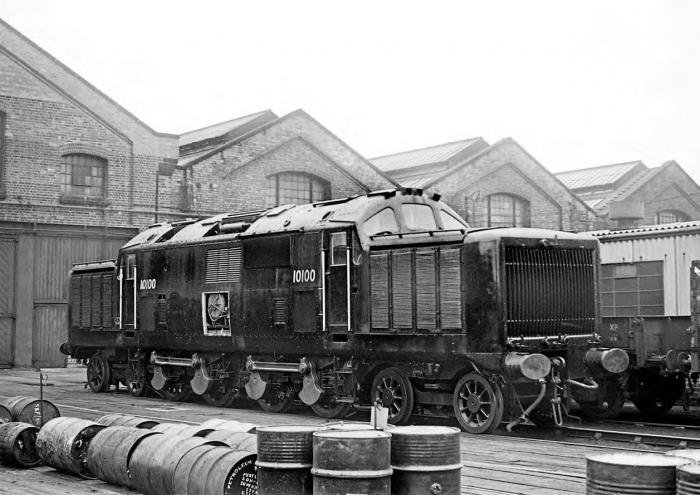 THE unique pioneer ‘Fell’ 2-D-2 diesel locomotive has been selected as the new ready-to-run project by KR Models. The ‘OO’ and ‘N’ gauge project was revealed at the Warley National Model Railway Exhibition on November 23 when expressions of interest opened via the KR Models website.

‘Fell’ 2-D-2 10100 was built in 1950 by BR at Derby Works and featured four Paxman engines which were used in combination to reach different speeds. It was capable of developing 2,000hp in total and could reach 84mph. After testing the locomotive entered service in January 1951 working in the Derby area. It was later associated with the Midland Main Line working between St Pancras and Manchester before being laid up in 1954. It returned to service in 1955 but caught fire in 1958 and was withdrawn. It was eventually cut up in 1958.

The ‘Fell’ carried two liveries during its career – BR black with early crests and BR lined green with late crests. KR Models is proposing models in both colour schemes for ‘OO’ and ‘N’ as well as the option to have a DCC sound fitted model. The specification includes a five-pole motor, NEM coupling pockets and a LokSound decoder for the sound models.

Prices are expected to be £140 for DCC ready models and £245 for sound equipped versions. A release date is to be confirmed.