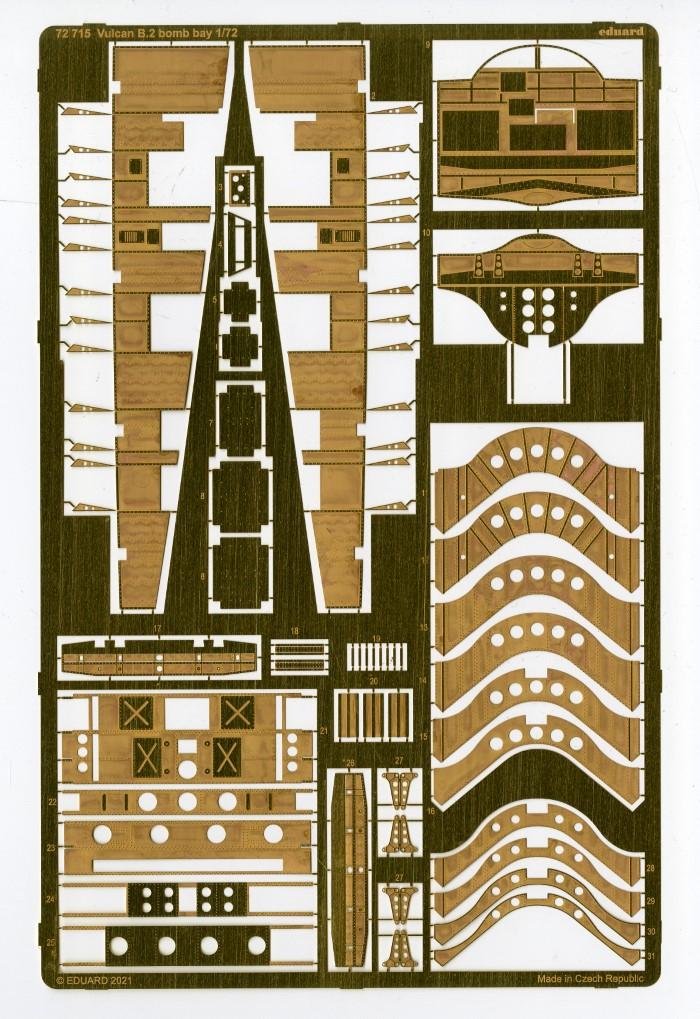 Ask any modeller of Cold War aircraft to name a glaring gap in the market, and until recently it would have been a new-tool 1/72 Avro Vulcan. Thankfully, the firm most people expected to come up with the goods, Airfix, offered us a superb rendition of the ‘Tin Triangle’ to replace its original 1980s tooling. Unsurprisingly, Czech firm Eduard has now produced bespoke photo-etched (PE) metal detail sets for this important kit. They are:

72715 Vulcan B.2 Bomb Bay £22.25 (above)
This extensive package, via a plain brass fret measuring approximately 210 x 135mm, offers bomb bay sidewall and enplate embellishment, structural rib coverings with lightening holes for the kit components , and folding items to portray electrical boxes. There isn’t actually too much folding involved with the parts here, but there is bending required for the flat ‘skins’ that attach to the curved kit ribs. 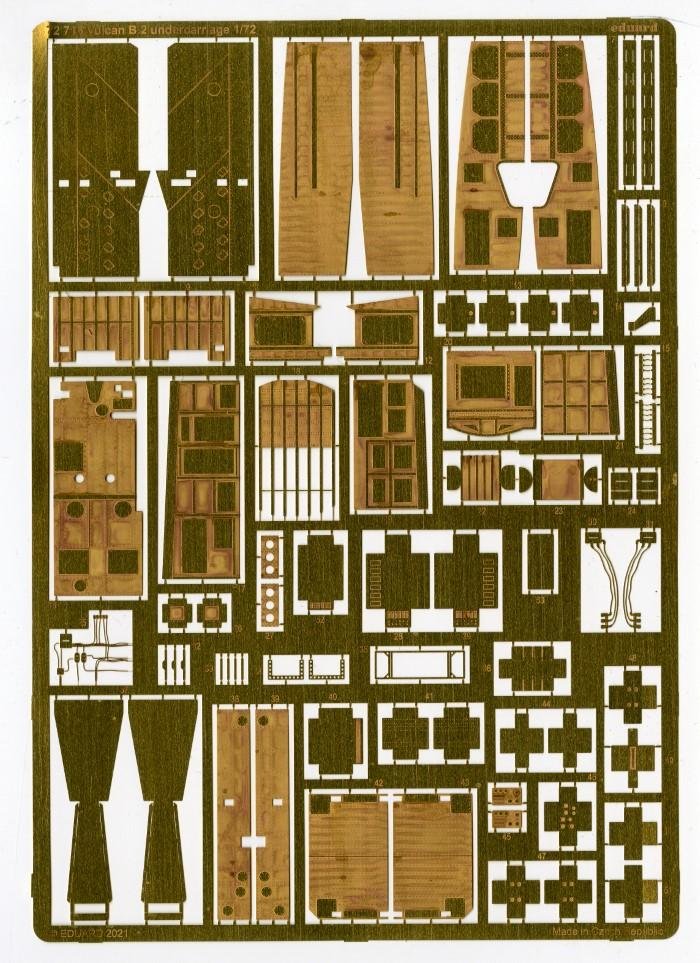 72716 Vulcan B.2 Undercarriage £22.25 (above)
Also a large fret (sized the same as that for the bomb bay), there’s a real mixture here, encompassing bay/door linings, hydraulic lines and junction boxes. 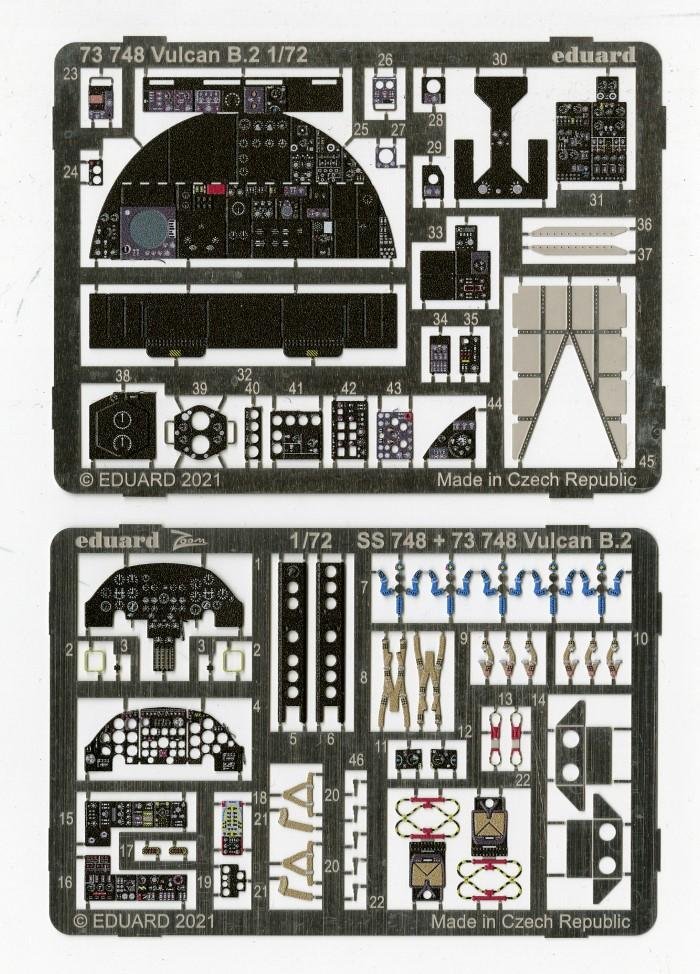 73748 Vulcan B.2 £11.90 (above)
Two small but very busy pre-coloured frets are provided here, carrying layered and highly detailed instrument panels for all aircrew, seatbelts, ejection firing handles, and side and central consoles, among other items. The dial detail in particular is superb, but you wont see much unless you ultimately dry fit the cockpit glazing unit, so you can inspect at your leisure.

SS748 Vulcan B.2 Zoom £8.26
For those on a budget, or modellers who simply don’t want to go the ‘whole hog’, this pack has just one of the frets given in set 73748, and it’s the item that has the front cockpit instrumentation, seatbelts, firing handles and a few other parts.

Whether you choose just one or two sets, or go all out, a great kit can be made even more detailed with Eduard’s parts described here. They are available direct from: www.eduard.com