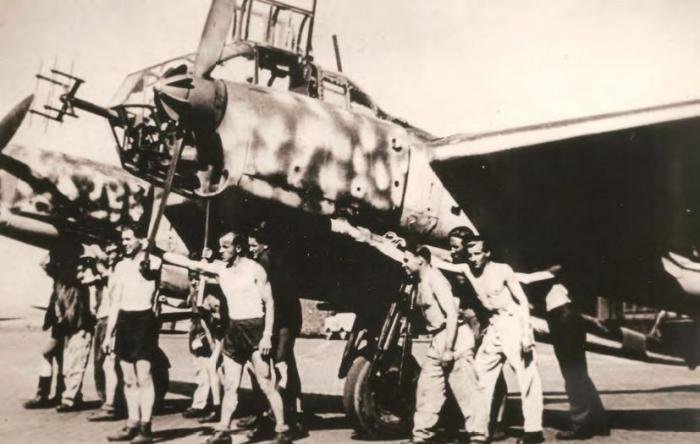 In March 1944, a number of A-2s and A-3s were fitted with FuG 212 Lichtenstein radar and ‘Schräge Musik’ oblique MG 151 guns for night fighter duties with NJG 100. This photo was taken at Werneuchen. One pilot, Oblt Josef Pützkuhl of I./NJG 100, recorded six claims during May-June 1944.

With the Luftwaffe’s standard pre-war single-engined reconnaissance aircraft (the Henschel Hs 126) commencing flying trials in early 1937, plans were afoot even then for another more advanced tactical recce asset with a crew of three, able to defend itself and possessing greater mission range and performance.