Although the de Havilland Mosquito was a great success in RAF service from the start during World War Two, it was the two-stage supercharged Merlin engine that proved to be the game changer. Malcolm V Lowe examines why: 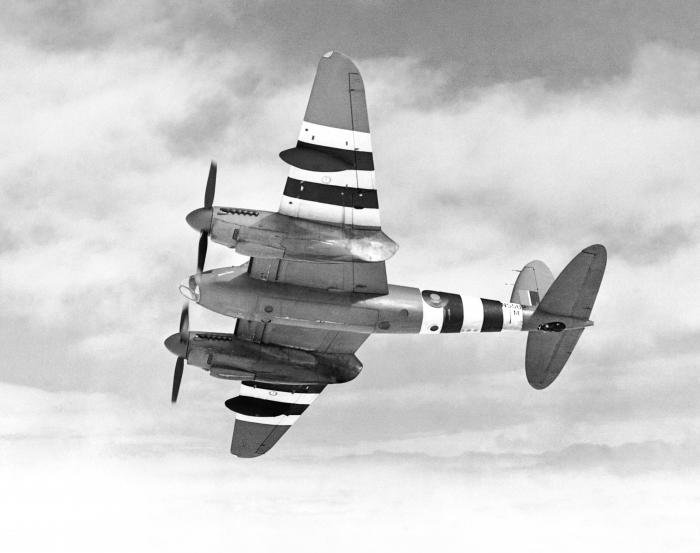 Above: The Mosquito PR.XVI was among the main wartime production models that utilised two-stage Merlin engines. This beautiful in-flight image shows NS502/M of 544 Squadron during July 1944 wearing full and very professionally-painted ‘Invasion Stripes’. The circular camera windows are visible in the lower fuselage – note that the bomb bay on PR.XVIs was ‘flat’ and not bulged as on the B.XVI (All photos: Malcolm V Lowe Collection unless stated).