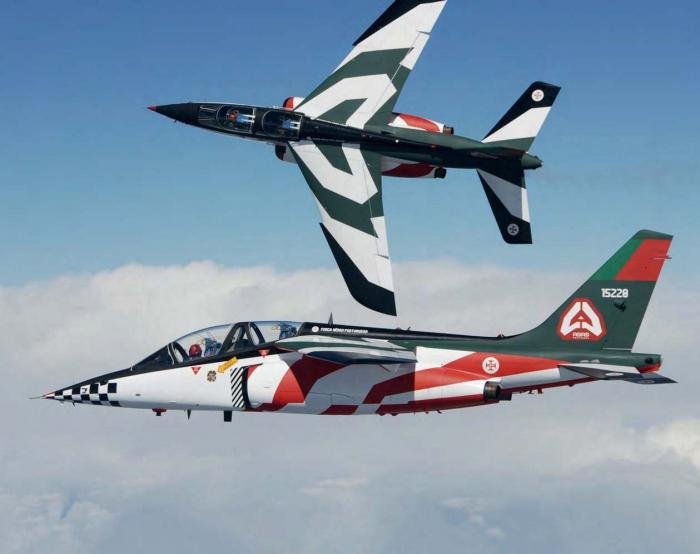 The Alpha Jet used by the former aerobatic team ‘Asas de Portugal’, and these two examples were photographed during a training flight prior to the formation’s deactivation in 2010.

In the early 1960s, the priority for British and French manufacturers was the development of advanced combat aircraft. At that time, jet trainers had evolved largely from existing fighter types, such as the de Havilland Vampire, Gloster Meteor and Hawker Hunter. The two nations established a collaborative programme to develop a new generation of instructional aircraft, which could also be used in a light-attack role. However, conflicting concepts and specifications ultimately delivered a more complicated design than originally envisaged, namely the SEPECAT Jaguar, but this was too costly and complex for the intended trainer market.