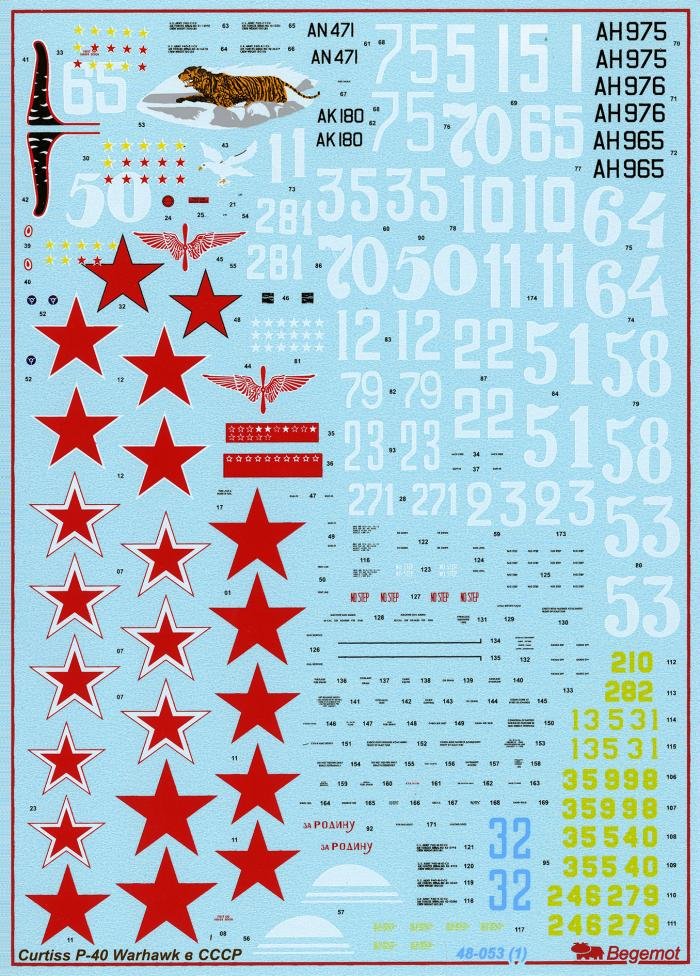 Begemot’s collection of Curtiss P-40s operated by Soviet forces is one of the most comprehensive works on a single type, containing decals for no fewer than 41 individual aircraft. It’s also available in 1/72 and covers early machines (P-40Bs, designated Tomahawk Mk.II) through to late-production (P-40N) versions, all operated from the Soviet Union during World War Two, although some are depicted following the end of hostilities: