Bat out of Hell: new-tool 1/48 Messerschmitt Me 163 from GasPatch Models 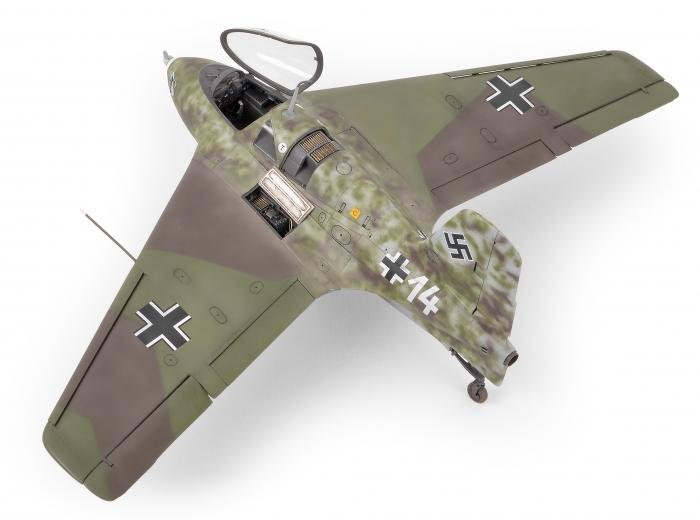 Messerschmitt’s Me 163 Komet was and remains an amazing aircraft that holds a unique place in aviation history: it has the distinction of being the only rocket-powered aircraft ever to have entered service and to have fought in combat, being credited with 18 victories.

It attained an unofficial speed record for a piloted aircraft having attained 1,130km/h in July 1944, which it held until the arrival of the Me 262. Three hundred Komets were built at a time when German industry was on its last legs due to constant Allied air attack, and by necessity production was widely dispersed. Partly for this reason, and despite the type bearing the manufacturer’s name, Messerschmitt didn’t build any of the airframes, instead they were assembled by Klemm and later Junkers, which had spare capacity once bomber manufacture ceased.