Chinese firm Gecko Models has released two sets depicting British Infantry labelled as between 2010-16, as defined by their use of Multi-Terrain Pattern camouflage.

Gecko Models has released two 1/35 figure sets depicting British Army infantrymen wearing the Multi-Terrain Pattern (MTP) camouflage first introduced for use in Afghanistan during 2010. Each contains sufficient parts for four individuals – these are held on a selection of styrene runners with a small photo-etched brass fret providing fine detailing such as buckles and weapon straps, plus decals are also included. 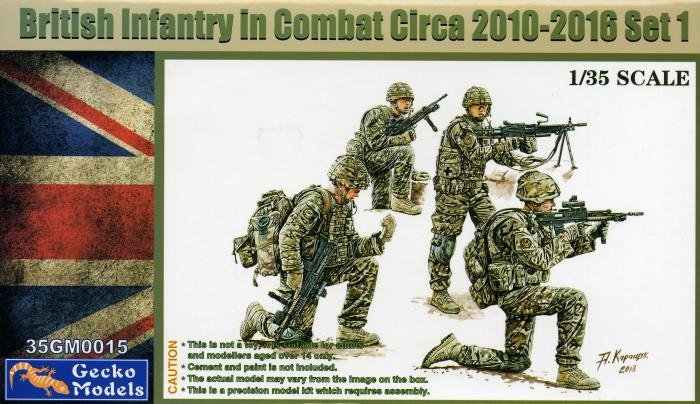