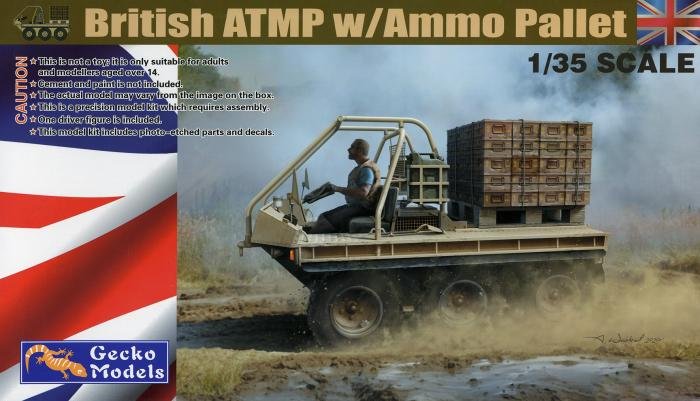 The first is the British ATMP with Ammo Pallet (35GM0017), which is the military version of the Supacat All-Terrain Mobile Platform. It’s a surprisingly complex kit for such a small vehicle, with 27 styrene runners, seven separate plastic tyres, two photo-etched (PE) brass frets and a length of thread. The result is a superbly detailed kit, which includes crew harnesses, jerrycan stowage racks, driver figure (with choice of L85A2 rifle with/without grenade launcher and Glock 17 or SIG 226 pistol as personal weapons) and a cargo pallet with ammunition box load. 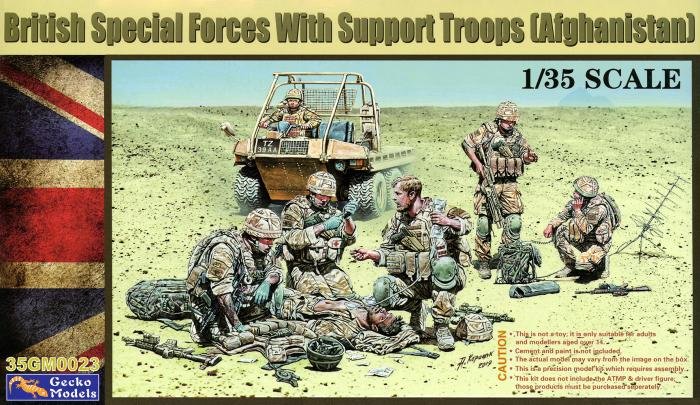 An associated product is the British Special Forces with Support Troops (Afghanistan) figure set (35GM0023), which provides kit for six soldiers at a rendezvous/ casualty treatment location. Three (including two medics) are performing battlefield first-aid on a fourth, wounded, individual, while the remaining two are depicted as a radio operator and squad leader – poses and uniforms are convincing and this would make for an instant vignette. Modellers can choose from M4 carbines with various grenade and stock configurations, plus L85A2 Carbines for the medics. Note, the body armour and uniform would date these figures to pre-2010, as they are Mk.2 Osprey and desert-pattern DPM – these were replaced in that year with the Mk.4 and Multi-Terrain Pattern, respectively. 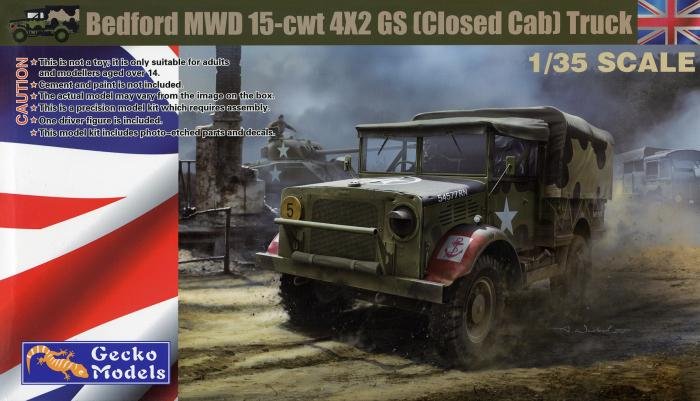 The final release is a re-working of Gecko’s Bedford MWC Bowser Truck as the standard MWD 15-cwt 4x4 GS (Closed Cab) vehicle (35GM0027). It’s another comprehensive offering, with 23 styrene runners, a single PE fret and a length of thread plus four separate tyres. Features include a well-appointed engine and transmission plus an accurately detailed cabin interior (configured for a right-hand-drive vehicle). Options include open/closed doors and a raised/lowered bonnet, while the cargo area – which has convincing wood grain moulded onto the side panels and floor – can be configured with/without a tarpaulin cover and the former choice also has a folded/unfolded rear flap. As a bonus, the kit also includes an eight-piece driver figure, making it suitable for a diorama straight from the box.

More on these and other Gecko Models releases is at: www.tigerhobbies.co.uk