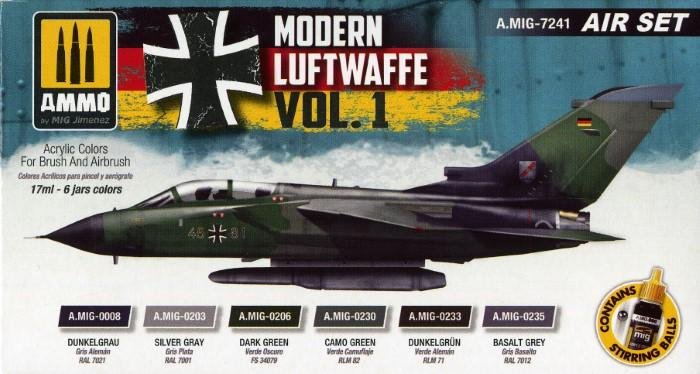 Aircraft wearing the Luftwaffe’s NORM 72 and 83 schemes are catered for here, so types such as the F-4F/RF-4E, F-104, Alpha Jet A and Tornado are appropriate. One of the shades is also suggested for older helicopters such as the UH-1. The colours supplied are: 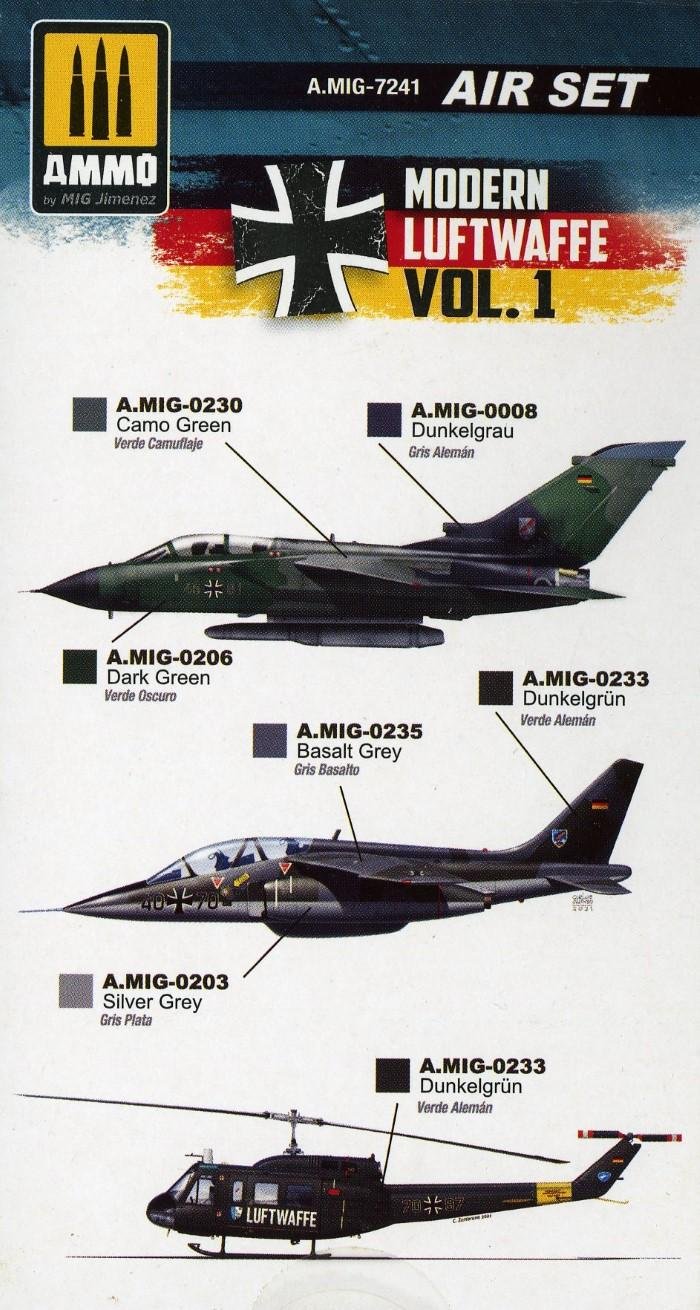 Some of the naming conventions don’t tally as AMMO is trying to satisfy the colour demands via what’s in its own range - but the equivalents seem reasonable. Another bonus is that the bottles in these sets have ball-bearings to agitate the paint, for better mixing.

Note, though, that this set doesn’t provide for German Tornados in the Norm 95 or contemporary liveries. The four-bottle Vol.2 is also available now and caters for post-Cold War and later German jet schemes, on types such as the F-4F, MiG-29 and Eurofighter. All paints are water soluble, non-toxic and odourless. Vol.1 costs 13.80 € and Vol.2 9.20 €, from: www.migjimenez.com