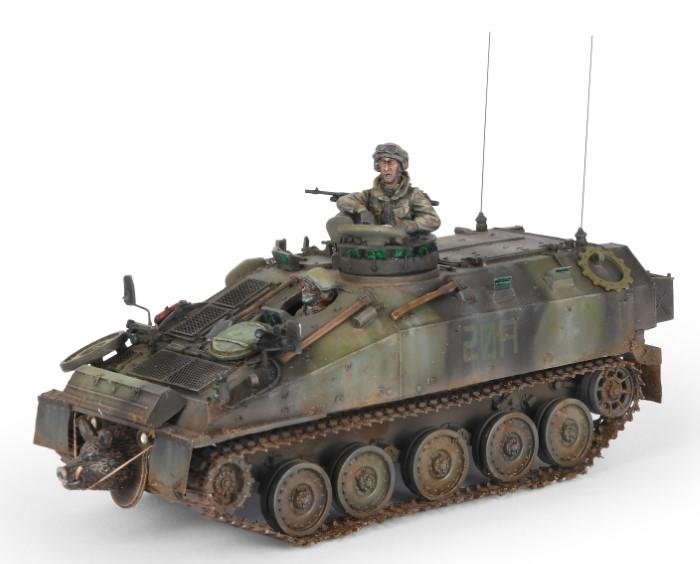 Developed as part of the British Army’s fleet of Combat Vehicle Reconnaissance (Tracked) or CVR(T) series, the FV103 Spartan was deployed in many different roles, from anti-tank variants to resupply vehicles.

Many examples were modified in theatre for the specified function – this build was based on a friend’s vehicle as it would have been during his Royal Engineers service in West Germany in the late 1980s. As such, there were not many of the otherwise standard stowage bins attached, and there was a rather interesting front-end mascot...